A monastery on a mountain top and the most religious retreat, the Montserrat monastery is the highest point of the Catalan lowlands and is situated in the most popular part of Catalonia. The Benedictine Monastery Santa Maria de Montserrat is located about 45 km northwest of Barcelona, 1236 meters above the valley floor. It’s the most famous place among Catalans, so every year thousands of Catholic pilgrims come from far places to see the Black Madonna.

The Virgin of Montserrat is a Romanesque wooden sculpture of the Virgin Mary from the late 12th century. The Black Virgin is Catalonia’s favorite saint and it is one of the black Madonna’s of Europe located at the rear of the chapel, where the icon is surrounded by a golden altar.

Every day, one of the oldest choirs in Europe, Escolania, performs during religious ceremonies and communal prayers in the Basilica of Montserrat. They sing to a large crowd of pilgrims and visitors all over the world.

The Montserrat Monastery Museum offers a collection of masterpieces from renowned artists such as Monet, Salvador Dali, Picasso, El Greco, and many archeological and liturgical exhibits. 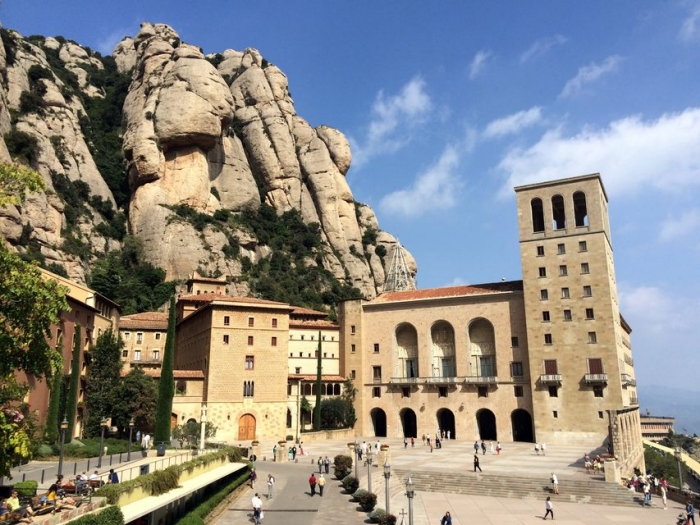 Admire the magnificent views from the mountaintop on this half-day excursion from Barcelona and visit the Magic Mountain and the Montserrat Museum, which boasts one of the finest collections by world-famous artists such as Monet, Salvador Dali, Pablo Picasso, Caravaggio, and El Greco.

This is a trip that offers an amazing view of the enchanting 1200 meters high mountain with unusual rock formations, where you will visit one of the oldest monasteries in the Catalonia region. Once you are here you must see the Romanesque statue of Black Madonna dating from the late 12th century. The legend says that the Benedictine monks could not move the statue to construct the monastery, so they chose to build around it.

Afterwards you will see the exclusive paintings inside the Montserrat Museum which is one of the most visited national museums in Catalonia, that offers great masterworks by the famous El Greco, Picasso, Caravaggio, and ancient Egyptian artefacts.

This is also a unique chance to hear the performance of one of the oldest choirs in Europe, the boys’ choir Escolania, sometimes accompanied by the Montserrat Chapel Choir, composed of old choirboys and the monks of the Ministry Chapel Choir. 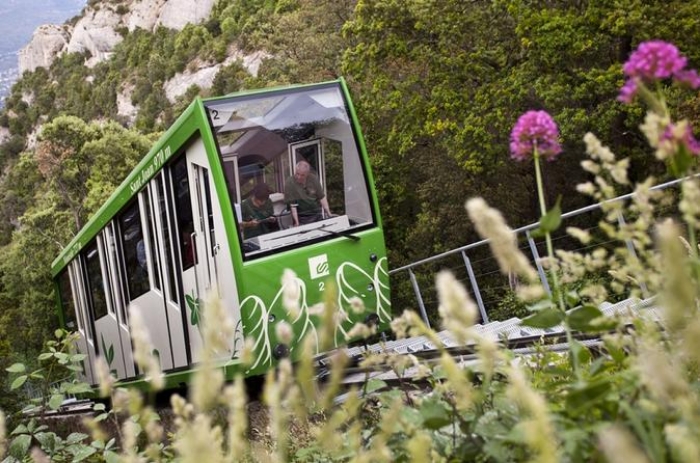 Revel in the panoramic views of the Catalan countryside and enjoy the beautiful 1200 meters high mountains on this half-day excursion. Visit one of the oldest monasteries, Santa Maria de Monserrat, which houses the Virgin of Montserrat. It is a Benedictine abbey that also owns the publishing house, Publicacions de l'Abadia de Montserrat, the oldest press in the world with the first book published in 1499.

The beautiful ancient statue “La Moreneta”, a patron saint of Catalonia, is enthroned above the high altar in the basilica of the monastery. It is the main reason why many tourists and pilgrims come to visit this sanctuary.

At the end of the trip you will take a funicular ride to enjoy the most spectacular view of the unique surroundings on Montserrat Mountain, 100 meters above sea level.

3.Montserrat tour with Tapas and Wine from Barcelona 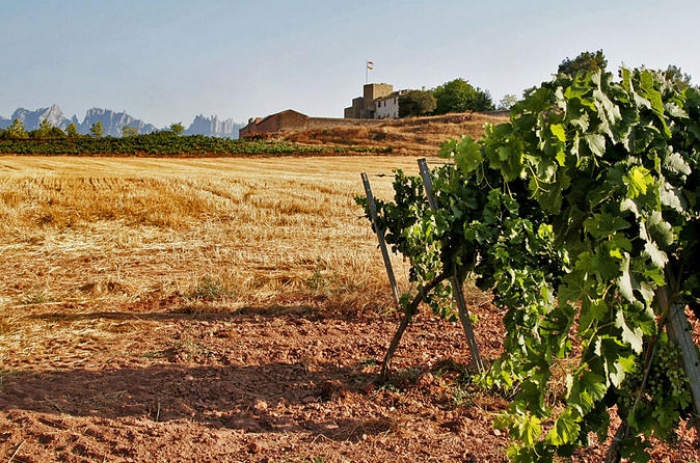 Ride a cogwheel train to the mountaintop Montserrat Monastery to savour some wine and food on this full-day tour from Barcelona.

Learn more about the history of the Benedictine monastery and enjoy the interesting myths and stories about this site of Catalonia.

Once you are in this marvelous sanctuary you must see the sculpture of the Virgin of Montserrat, or the Black Virgin located in the sanctuary of the Mare de Deu de Montserrat.

The main route of this tour are the wine cellars and local restaurants, so don’t forget to visit the Oller del Mas Cellar located in the 10th-century castle. This is your chance to taste three ecological chateau wines and hear how wine was made 600 years ago. During the wine tasting you can have a lighter tapas lunch and cheese platter, or you can visit a local restaurant and taste some delicious traditional Catalonian food. 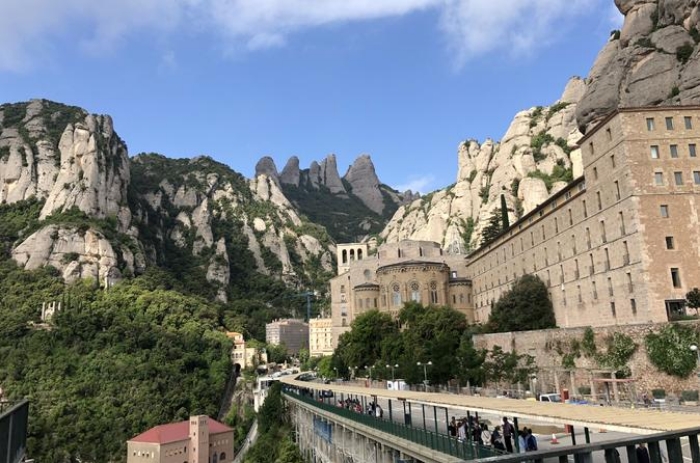 ?ake a half-day journey to the sacred Montserrat Monastery, surrounded by an impressive rocky landscape, where you will enjoy peace and tranquility far from the crowdy Barcelona.

The monastery offers the most precious art in the world, the unique beauty of the Virgin Mary. It’s the world-renowned Lady of Montserrat, or La Moreneta, a 12th-century polychrome carving with a baby Jesus on Her lap.

Later on, take a funicular ride to the top of the mountain and explore the secrets of the amazing Montserrat abbey from above, which has been visited by pilgrims for almost 1000 years.

Finish the trip after you hear the wonderful boys’ choir, Escolania, one of the oldest choir in Europe. 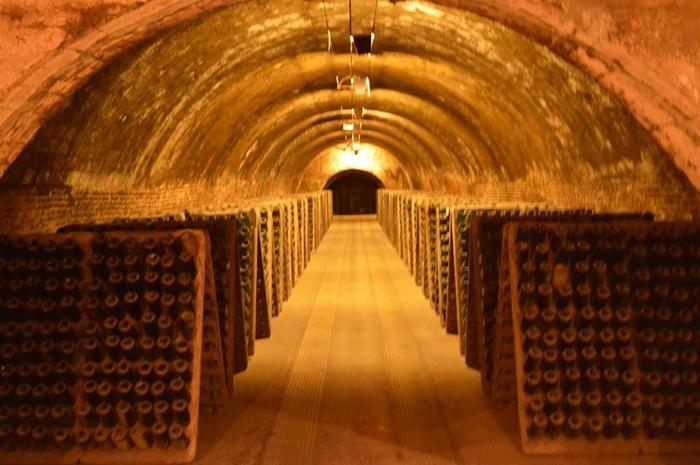 See the shrine of the Holy Grotto, go to the Codorniu Winery, and visit the sanctuary of Santa Maria de Montserrat on this day trip from Barcelona.

Once you arrive at the monastery, admire the 12th-century icon of “Black Madonna”.

If you take this trip during the week, you will have an exclusive chance to hear the angelic voices of the young boys’ choir, Escolania, one of the oldest children choir in Europe.

Continue the trip to explore the glorious landmark of Montserrat, the Santa Cova or “Holy Grotto”. The legend tells that the virgin appeared to some shepherd children in a vision.

Afterwards, enjoy the visit to Sant Sadurni d’Anoia and learn about the area’s vast wine industry and cellars.

Take the opportunity to see the Codorniu Winery and to hear about the process of producing cava using grapes from the Penedes region. Don’t forget to taste some of the best wines in the cellars before you depart for Barcelona.

Things To Do In Montserrat

Away from the noise and distraction of the city, only 48 kilometers west of Barcelona and high on the mountain of Montserrat lies the Benedictine Monastery. The ancient structure, built in 1025, was totally demolished by the Napoleonic troops so the present-day building is a result of the 19th century renovation. The Benedictine monks are one of the most religious ones because they take the most austere wows, like a vow to stay forever in the abbey in silence, seclusion, and poverty.

The Virgin Mary is one of the most unique wooden images of the Madonna depicted with black or dark skin that has a healing power and protects people from negative energy. The sculpture is a patron of Catalonia and was discovered by the shepherds of the region in the 9th century. According to the legend, they saw a bright shining light and they wanted to move the Black Virgin to the village of Manresa. The statue became so heavy that they took it as a sign to leave the statue in its place.

The finest masterpieces, archeological heritage, and the history of Montserrat is the treasure that you can see inside the Museum. Dating from the 13th to 20th century you can see a collection of artworks by world-famous artists such as Picasso, Dali, El Greco, Caravaggio, Monet, Pissaro, and Degas. However, you can also see antique Egyptian art with icons and jewelry dating from –15th-20th century.

This sacred place situated on the walk up to the hill is known as Santa Cova, or the Holy Cave, where the statue of the Virgin Mary was discovered. It has a beautiful view of the landscape and is also appreciated because people here pray for a happy marriage, birth, and other special occasions.

The aerial cable car is the best means of transportation that will give you a spectacular view of the mountain and the temples. If you just want a quick tour around Montserrat this is your best choice for fast transportation.

This multi-peaked mountain offers you attractive landscapes, beautiful chapels, and many temples. This is the best place for hiking, but also for art lovers because of the Montserrat Museum that you can visit by an aerial car or a vehicle.

Dating back to the 11th century, this Roman Church is an extremely alluring architectural and historical structure. It is located only a kilometer away from the Benedictine Abbey and is a real example of a modern art church. In the early 20th century, this monastery was restored by the modernist architect Puig I Cadafalch.

If you want to get higher to the other observation platform, then you should take a Funicular ride to the top of the hill by paying less. On this ride you can explore the caves on the way up or you can just take a walk to the Chapel of Sant Joan.

Declared as a National park in 1987, this national park has over 1250 various species of plants that grow on the mountain. Some people come here for hiking and climbing, and others come to enjoy the splendid and calming nature.

Craft Beer Tour with a brewery tour and 2 local bars

Three Countries In One Day: France,Andorra,Spain From Barcelona With Pickup

What is the best way to tour outside the Barcelona?

Barcelona day trips are special, professionally-guided tours which are designed to take you on long hour trips outside Barcelona city or sometimes combine various Barcelona main attractions together at a low cost just to occupy your day with fun-filled moments and interesting activities.

How much is a Day tour from Barcelona?

What are the best Day Trips & Excursions tour in Barcelona?

What are the best Half-day tours in Barcelona?

What are the best Multi-day tours Trips from Barcelona?

What are the best Overnight tours in Barcelona?