The capital city of Italy, Rome is one of the world's most important cities in the world, known for its religious heritage and importance. This medieval city is one of the most visited cities in the world filled with a lot of attraction sites that are worth exploring such as St. Peter's Basilica or the Pantheon amongst many others. Exploring the city's spectacular scenery and religious background may be quite stressful, especially for first-time visitors, however, with hop-on-hop-off tours in Rome, visitors will find it a lot easier to enjoy the city's beauty. On a Rome hop-on-hop-off bus tour, visitors will have the opportunity to pass through the best city routes.

Rome hop-on-hop-off sightseeing buses move from the bus terminal at Largo Di Villa Peretti through different routes on the map with highlights on the main sights. Some of the top attraction sites in Rome include; the Colosseum, Roman Forum, Palatine Hill, Circo Massimo, Vatican City Piazza Venezia, Fontan Di Trevi and Piazza Barberini, and several other amazing landmarks. Rome open bus tours are also available to visitors for amazing touring and sightseeing experiences along some of the best city landscapes.

The four main Hop on Hop off bus tour providers in Rome are;

Hop-on-hop-off tour maps are also available to visitors for better touring experiences. With walking tour maps, visitors can easily explore the best spots in the city on walking tours, and they can also keep track of their touring routes with bus tour maps.

See below free and downloadable hop on hop off Rome bus maps:

The medieval city of Rome is one of the most visited cities in the world. It is surrounded by magnificent monuments and colossal remains rich with ancient Roman history. 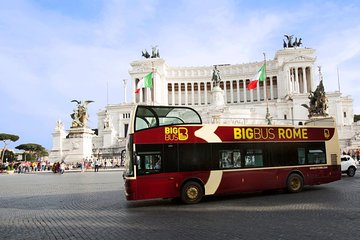 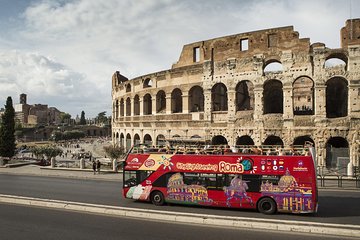 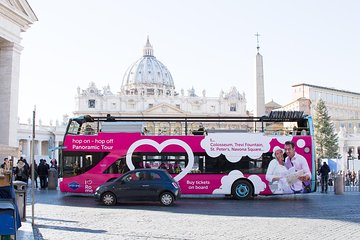 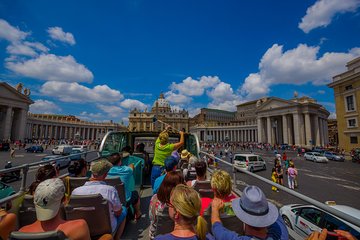 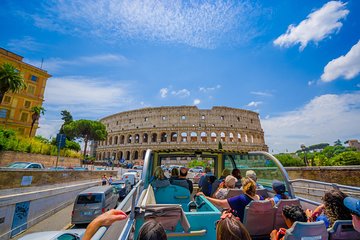 5. Rome Hop on Hop off with Skip-the-line Colosseum Tour

Rome Hop on Hop off with Skip-the-line Colosseum Tour 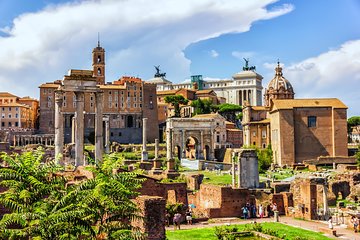 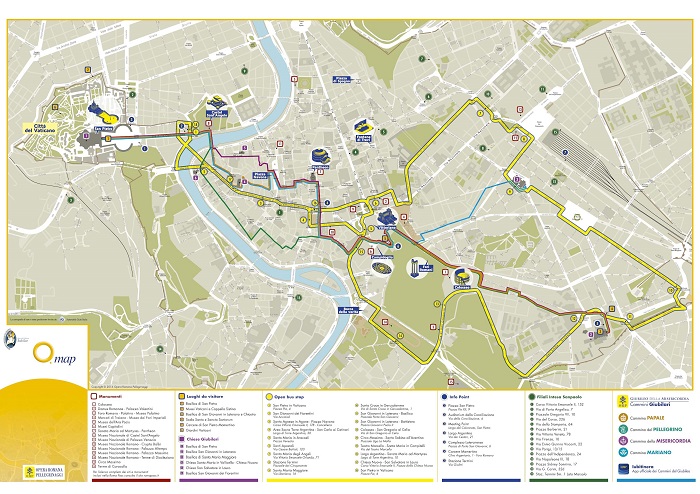 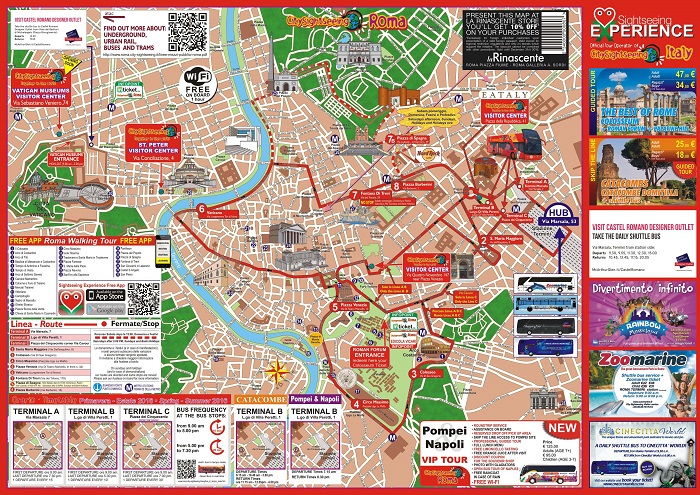 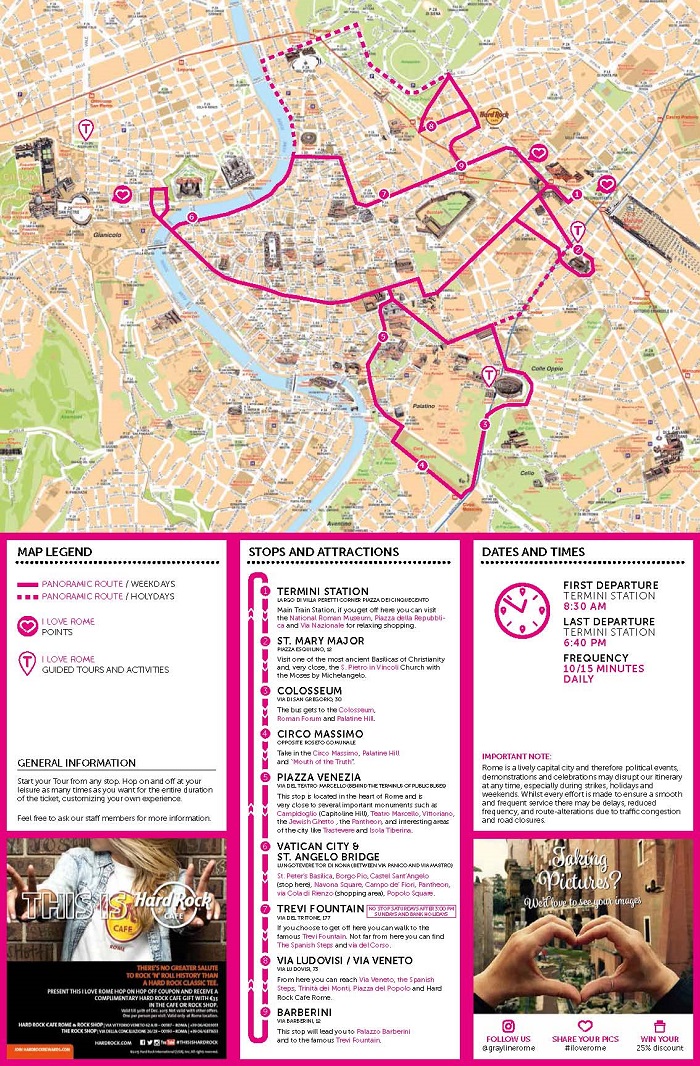 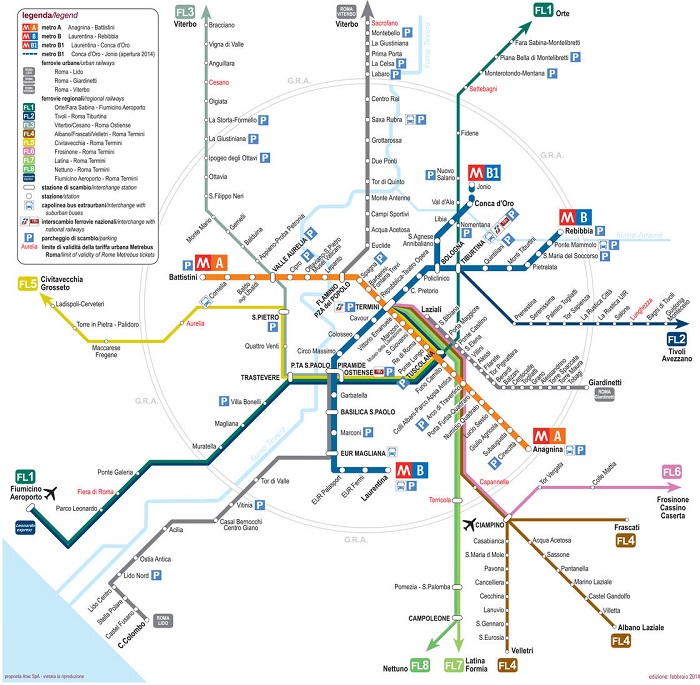 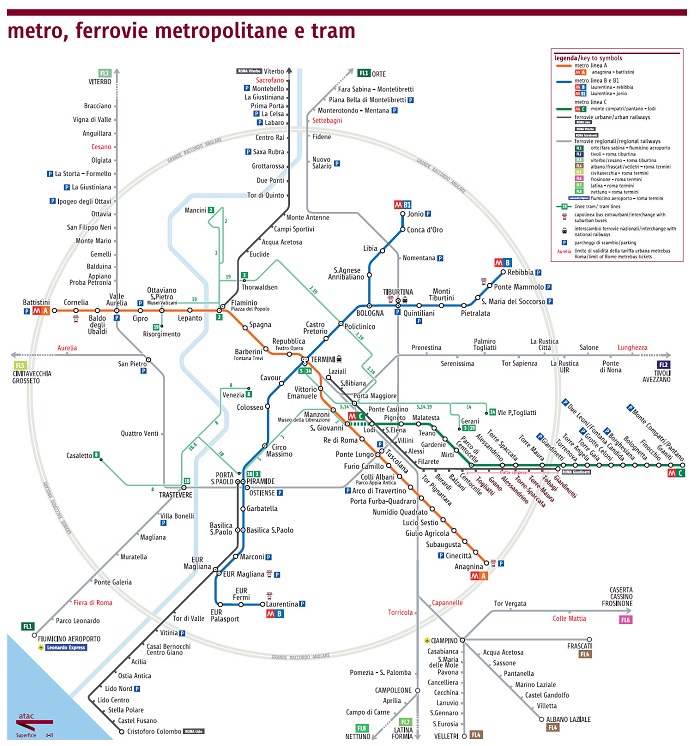 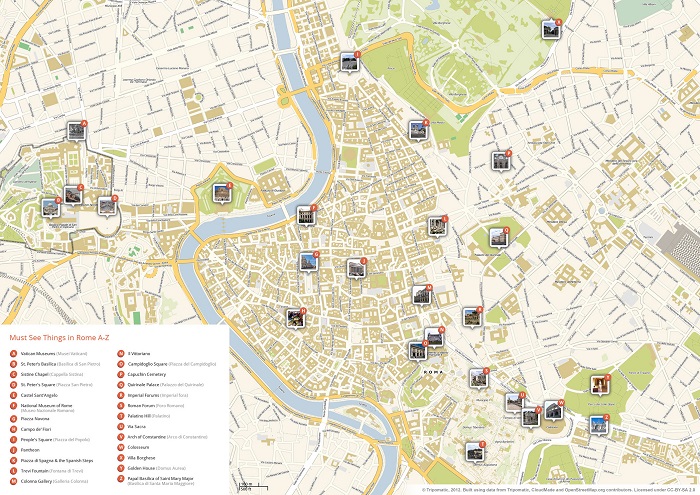 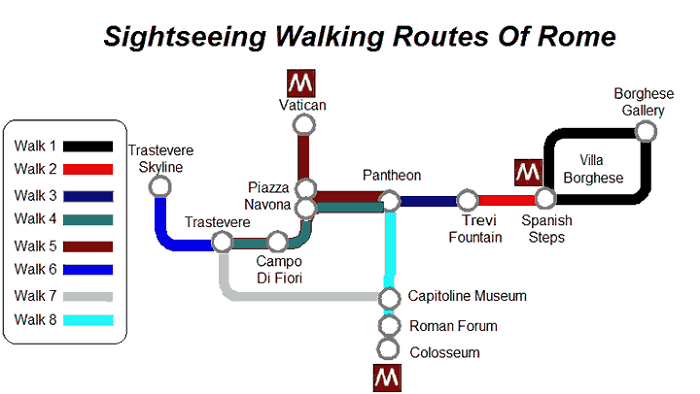 Tuscany in One Day Sightseeing from Rome

Tripindicator's experts taken greater care in comparing prices for Rome Hop on hop off from the ratings and leading bookings websites so that you don’t have to. See below the FAQs about Rome hop off bus tour and answers:

Are Rome hop on hop off bus tours worth for money?

Rome Hop On, Hop Off bus tours provide a wide range of Rome city overview with one ticket and unlimited hop on and hop off, making them a perfect option for disabled tourists with mobility problems to explore Rome at your own pace. Your personalized Rome tour experience including onboard commentary in your own language, disability friendly buses, choice of being alone or in a group, choice of time of tour and of your own pace of exploration of Rome city sightseeing with Hop On, Hop Off Bus tours.

We pride ourselves of Rome Hop On, Hop Off price comparison from leading suppliers, saving you time and money, See all Rome Open bus city sightseeing tours

What are the best hop on hop off bus tour in Rome?

See all Rome Hop on Hop off bus tours

How much is the Hop on Hop off tours in Rome & which bus tour is cheapest?

Rome Hop On, Hop Off tours are designed to take a range of needs in mind, including a one-day pass, a two-day pass, a three-day pass in addition to combination tours that give access to multiple top Rome attractions. Prices of our Rome bus tours start from €8.00 and go up to €109.00.

Rome city has many routes leading to a diverse range of attractions, meaning that the time it takes on a Rome Hop On, Hop Off tour will vary depending on where you’d like to go.