In the wake of the coronavirus pandemic, we want to help you by sharing most of our commission revenue with you to boost Amsterdam travel economy. Check out 8% discount on Top-rated Amsterdam tourist attractions tickets & tours here: 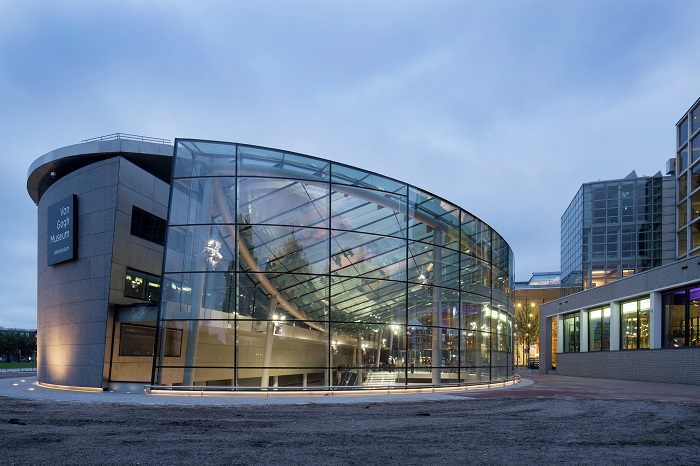 This bright and airy space, the Van Gogh Museum, holds the largest collection of artworks by the renowned artist Vincent Van Gogh in the world. if you appreciate art or adore the painter, then this place is definitely worth a visit. The museum also has a massive collection of works done by Van Gogh's contemporaries, followers, friends, and artistic predecessors. You will be surrounded by a huge number of Impressionist and Post-impressionist arts.

I dream my painting and I paint my dream.” Vincent Willem Van Gogh

“Through their experiences of suffering and pain as well as their ability to see beauty in the smallest things, they were able to render that personal experience in their art.”

What are the best Van Gogh Museum Tours & Skip the line tickets?

Off to Amsterdam to see the city and all the beautiful things it has to offer? The Van Gogh Museum must be one of your many stops. The museum is a must-see when you are in the city. It is the repository of some of the world's most important works of art. There are plenty of free things to do in Amsterdam and although the museum charges an entrance fee, the amount is well worth it to gaze at the many paintings there. We have rounded up the best deals for you so pick one. 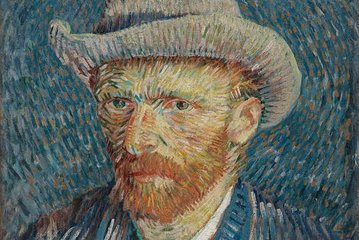 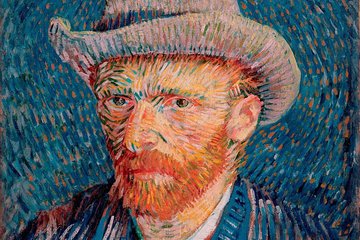 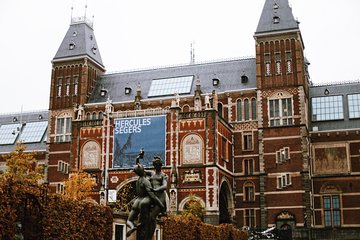 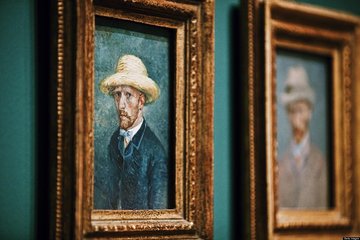 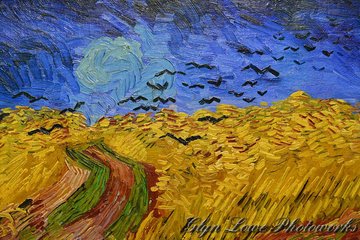 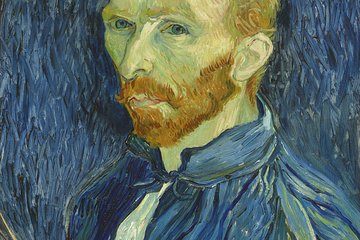 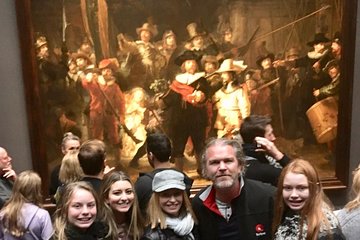 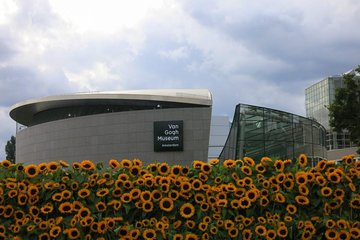 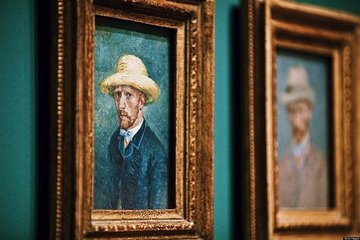 What is the Van Gogh Museum Famous For?

The Van Gogh museum is famous for the priceless works of art contained within its walls. Dedicated to the artistry and creativity of one of the most renowned artists in the world, Vincent Van Gogh, it has an immaculate collection of significant paintings, sculptures, and correspondence.

Opened in June 2, 1973, the museum consists of two buildings. Dutch architect Gerrit Rietveld designed the main structure while the new Exhibition Wing was designed by Japanese architect KurokawaKisho. Both buildings have an open design that puts great emphasis on allowing natural light in and geometrical forms.

The Van Gogh Museum houses some of the most important works of the artist of the Impressionist area. Although all works are available, there are some that outshine and are more popular than the others and they are the following:

The Potato Eaters is an oil painting painted in April 1885 in Nuenen. It depicts the harsh reality of country life, so the peasants in the picture have bony, working hands, as well as coarse faces. The artist wanted to show that they have used their very own hands to till the earth and honestly earn their food.

Bedroom in Arles was given to each of three similar paintings by Vincent Van Gogh. The painting depicts the artist's bedroom at 2, Place Lamartine in Arles, France, also known as the Yellow House. The artist himself prepared the room with simple furniture and with his own work displayed on the walls.

One of Van Gogh's most famous paintings, Sunflowers was painted in Arles in 1888 and 1889. There is a total of five large canvasses with sunflowers in a vase with three shades of yellow and nothing more. Using the painting, the artist demonstrated that it was possible to create an image with several variations of a single color, without losing any eloquence. The sunflower paintings were significant for the artist because to him they communicated gratitude. He hung the first two in the room of his friend, the painter Paul Gauguin who once lived with him in the Yellow House.

Almond Blossoms is the name of a group of numerous paintings made in 1888 and 1890 by Van Gogh in Saint-Remy and Arles. The artist's favorite subjects were large blossoms of Almond trees against a blue sky. It was painted to celebrate the birth of his nephew and namesake, the son of his brother, Theo and sister-in-law Jo.

Irises is one of a series of paintings executed at the Saint Paul-de-Mausole asylum in Saint-Remy-de-Provence, in the last year before his death in 1890.

Van Gogh referred to this painting as ‘the painting of the garden with lovers.' On the painting you will see the lovers strolling under the young chestnut trees and sitting along the winding paths. Van Gogh applied small brushstrokes of varying length in different directions.

Self-Portrait as a Painter

The artist represented himself in this self-portrait as a painter, holding paintbrushes and a palette behind his easel. He showed himself as a modern artist through the use of a new painting style with bright and almost unblended colors. It was the last work Van Gogh ever produced in Paris: the city which had exhausted him both physically and mentally.

What to Expect from the Van Gogh Museum

Maintaining one of the world's largest collections of work of the world's most popular artist, the Van Gogh Museum is one of the most visited places in the world and understandably so, how can you miss such a delightful and significant place? If you are planning to be one of the almost 2 million visitors who want to gaze at the paintings annually, you have to be prepared. So, what can you expect when you go to the museum?

The museum has a permanent collection which features the works of Van Gogh. The permanent collection has over 200 paintings and 500 drawings which also boasts of works of art by other artists. Van Gogh's work is organized chronologically into five periods each, representing a different period of his life and work: The Netherlands, Paris, Arles, Saint-Remy, and Auvers-sur-Oise.

The museum consists of two buildings: The Main Building and the Exhibition Wing. The glass Entrance Hall connects the two buildings. The Main Building houses the museum's permanent collection, which displays Van Gogh's works, as well as his contemporaries. The Exhibition Wing hosts temporary exhibitions which changes from time to time. The museum is open 365 days a year.

This is the main structure of the museum and features the permanent collection. The building has a rectangular floor plan and has four different stories. On the ground floor are a shop, a café, and the introductory part of the art exhibition.

How to Get to the Van Gogh Museum

The Van Gogh Musuem is easily accessible by public transportation and it is the most budget-friendly way to get there.

The Best Times to Visit the Van Gogh Museum

Van Gogh Museum is one of the most popular museums in Amsterdam and in the world. Visitors can expect long queues during high season which is from April to May, and July to August. However, you will be able to avoid the line all year round is your book skip-the-line tickets online.

Weekends are the busiest days and the waiting time can take at least an hour. If you would like to avoid crowds, you can go during weekday mornings or after 3:00 pm. Pick a sunny day for your visit because waiting lines to museums tend to be longer when it is raining.

Try to avoid the following dates because they attract more tourists:

Plan your Visit to the Van Gogh Museum

If you will be traveling to Amsterdam anytime soon, it is important that you plan your trip. Aside from checking fun things to do in Amsterdam and Amsterdam walking tours, you also need to prepare for your visit to the Van Gogh Museum.

Buy tickets ahead of time

We mean more than just buying regular tickets ahead of time. It makes more sense to purchase skip-the-line tickets so that you can make the most of your visit and not have to wait hours to get inside.

Explore the museum with guided tours

People often ask if it is worth it to pay for guided tours and we say yes! With guided tours you get an in-depth understanding of the museum, the works of art inside its walls, and the artist himself. Informative guides can make your visit a more pleasant and educational one.

Leave your big bags in lockers

In case you are going to the museum before checking in to your hotel or after you check out from your hotel, you can leave the bags either at the lockers. This is because large bags are not allowed inside the museum. There is also a free coat check and a mandatory backpack and umbrella check-in policy. Anything bigger than a handbag has to be checked in.

How Get the Most of the Van Gogh Museum

We cannot stress enough how important it is to book your tickets online because doing so will save you time, unless you fancy standing on line for at least an hour. You cannot just turn up to any attraction, buy a ticket and walk in. There will always be a crowd.

Unless you are a very lucky person, the museum is always going to be busy, so you need a lot of patience if you want to get in. You also need a lot of patience once you are walking through the museum, so you do not miss any work of art. You often have to wait for other visitors to move out of the way before you can see works of art up close, especially for more popular paintings such as Sunflowers.

Is the Van Gogh Museum Accessible?

After visiting one of the most important museums in the world, the Van Gogh Museum, what do you do next? Amsterdam has plenty of other tourist attractions to offer and of course, since you are already in the city, it is only right that you visit them, as well. Hopefully the museum visit will also give you a brand new appreciation of the arts.

Tickets are only available online and there is only a limited number of tickets for each time-slot.

The Van Gogh Museum in Amsterdam is open daily:

Things to Do Around the Van Gogh Museum

Amsterdam is a lively and happening place. There are fun things to do in Amsterdam and if you are in possession of the I Amsterdam Card, there are plenty of opportunities for you. Aside from the Van Gogh Museum, there are other places worth visiting such as the following:

A writer's home and a biographical museum dedicated to Jewish wartime diarist, Anne Frank, the building is located in central Amsterdam. Visitors to the museum get to experience her story through videos, quotes, photos, and original items displayed.

An iconic museum that has been through 10 years of rebuilding, refurbishing and renovating, the Rijksmuseum first opened its doors to the public on the 13th of April 2013. It has a world-famous collection presented in 80 galleries with 8,000 objects that show Dutch history and art through 800 years.

A concert hall in Amsterdam, Netherlands, the Royal Concertgebouw was designed by Adolf Leonard van Gendt, who was inspired by the Gewandhaus in Leipzig. Construction began in 1883 and the hall opened in 1888.

An urban park with a space of 47 hectares, Vondelpark is the largest city park in Amsterdam. It welcomes more than 10 million visitors annually and its where people go to walk their dogs, jog, listen to music, people-watch, roller-skate, and just relax.

Micropia is a museum in Amsterdam which aims to distribute information about microbes. Opened in 2014, it claims to the first of its kind.

Amsterdam is a place that is worth at least one visit. The city welcomes 18 million visitors annually because there are many things to see and discover. Take advantage of the Amsterdam hop-on hop-off bus and check the best Amsterdam boat tours to make your visit more enjoyable.

The Rubik's Cube seems to be an impossible puzzle but it's easy to solve it using algorithms.

Amsterdam Hop On Hop Off Boat