Berlin is the capital and largest city in Germany. Berlin is renowned for its Cultural institutions recognized internationally like the Museum Island that attract millions of visitors annually. Its glamorous night vibes, the annual international film festival and carnival of cultures are reasons you should visit Berlin

In order to have a fun day while visiting attraction sites like the Sachsenhausen concentration camp memorial , Sanssouci Palace and Park , the Glass Dome of the Reichstag Berlin or any of the top city attraction sites â€“making use of the Berlin Hop on Hop off bus tour will help you visit your desired spots at your pace and a copy of the a Berlin city sightseeing bus map will help you navigate Berlin easily especially for newbies that want to try out the numerous attraction sites.

Instead of the discomfort of jumping trains and taxicabs, you should consider Hop on Hop off bus option, you can hop off at the various stops and hop on at your convenient time without having to pay an extra fare. . Imagine the luxury and comfort of riding on one of the double-decker buses with an audio tour guide that stops at the major attractions in the city and saves time and money. With your Berlin tourist map at your disposal, you will not miss out on top attraction spots around the city during your tour.

Berlin sightseeing runs through two routes highlighting the main attractions where Hop on Hop off buses stops including the Jewish museum, Mauerpark and East-Side Gallery on the red route and Museumsinel and Schloss Charlottenburg on the yellow route.

The main Hop on Hop off bus tour provider in Berlin is;

Get ready to explore the biggest city of Germany as you embark a hop-on-hop-off bus that will take you to all the popular must-see places of Berlin like theGlass Dome of the Reichstag Berlin. Also, don’t forget to see the city at night during your stay. 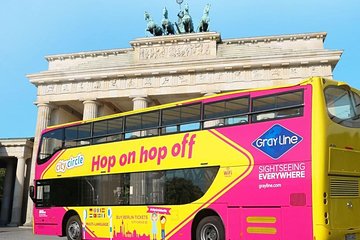 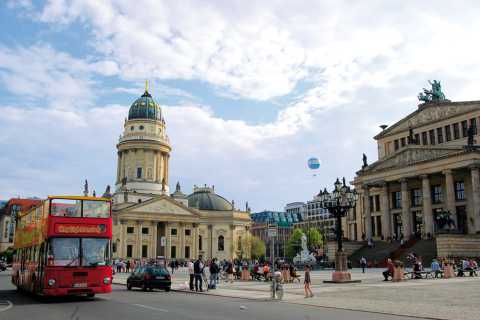 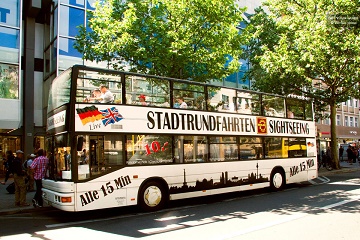 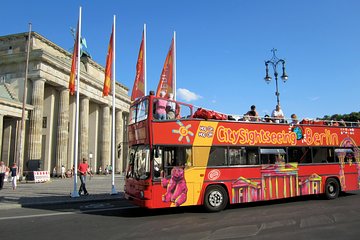 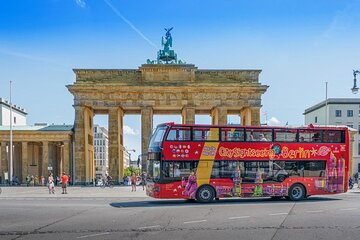 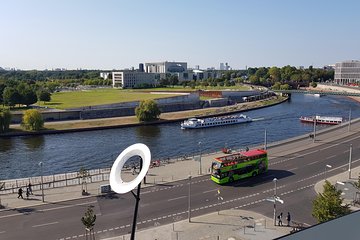 6. Berlin Hop On - Hop Off Sightseeing Bus on 2 Routes and 1-Hour River Cruise 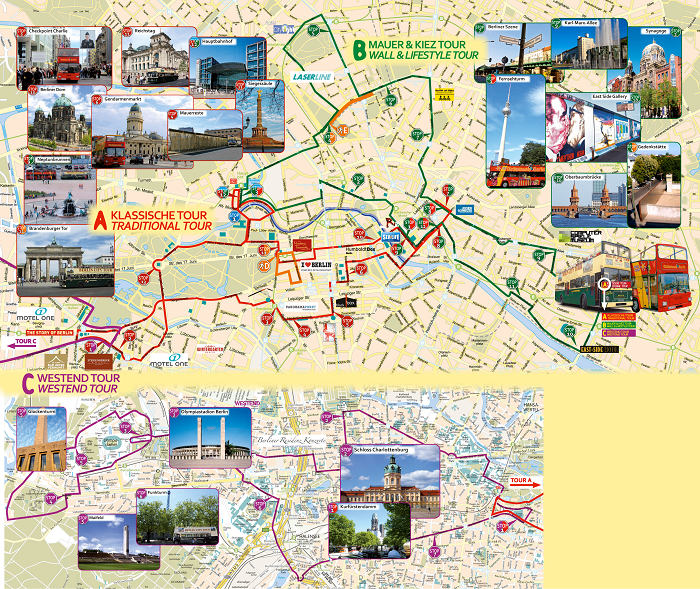 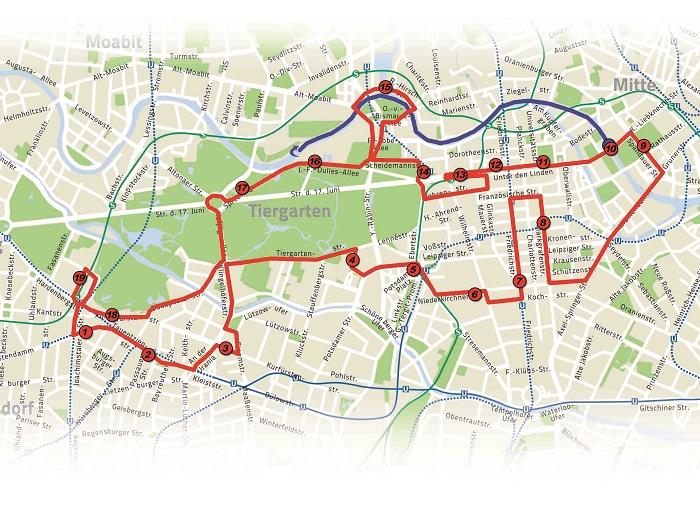 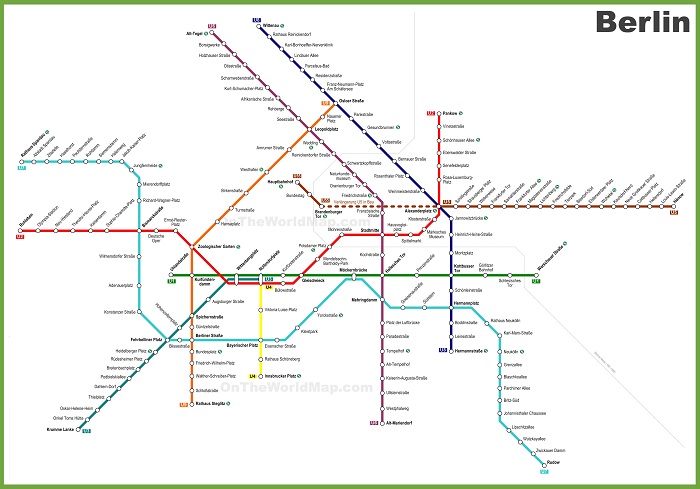 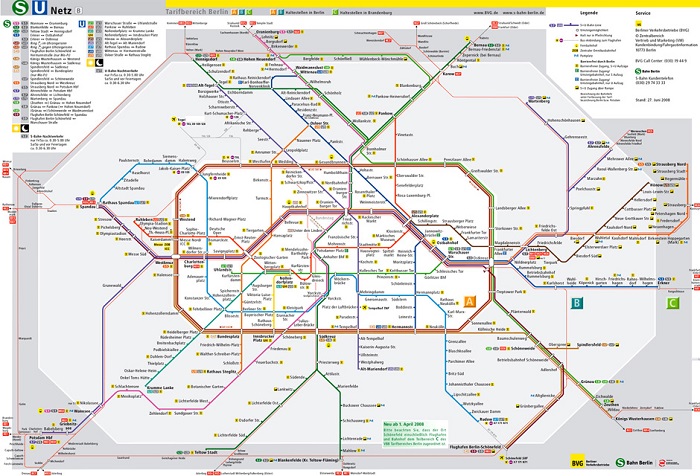 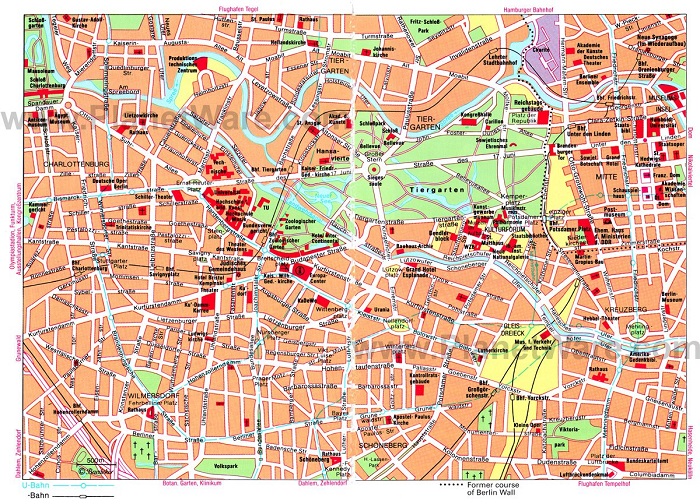 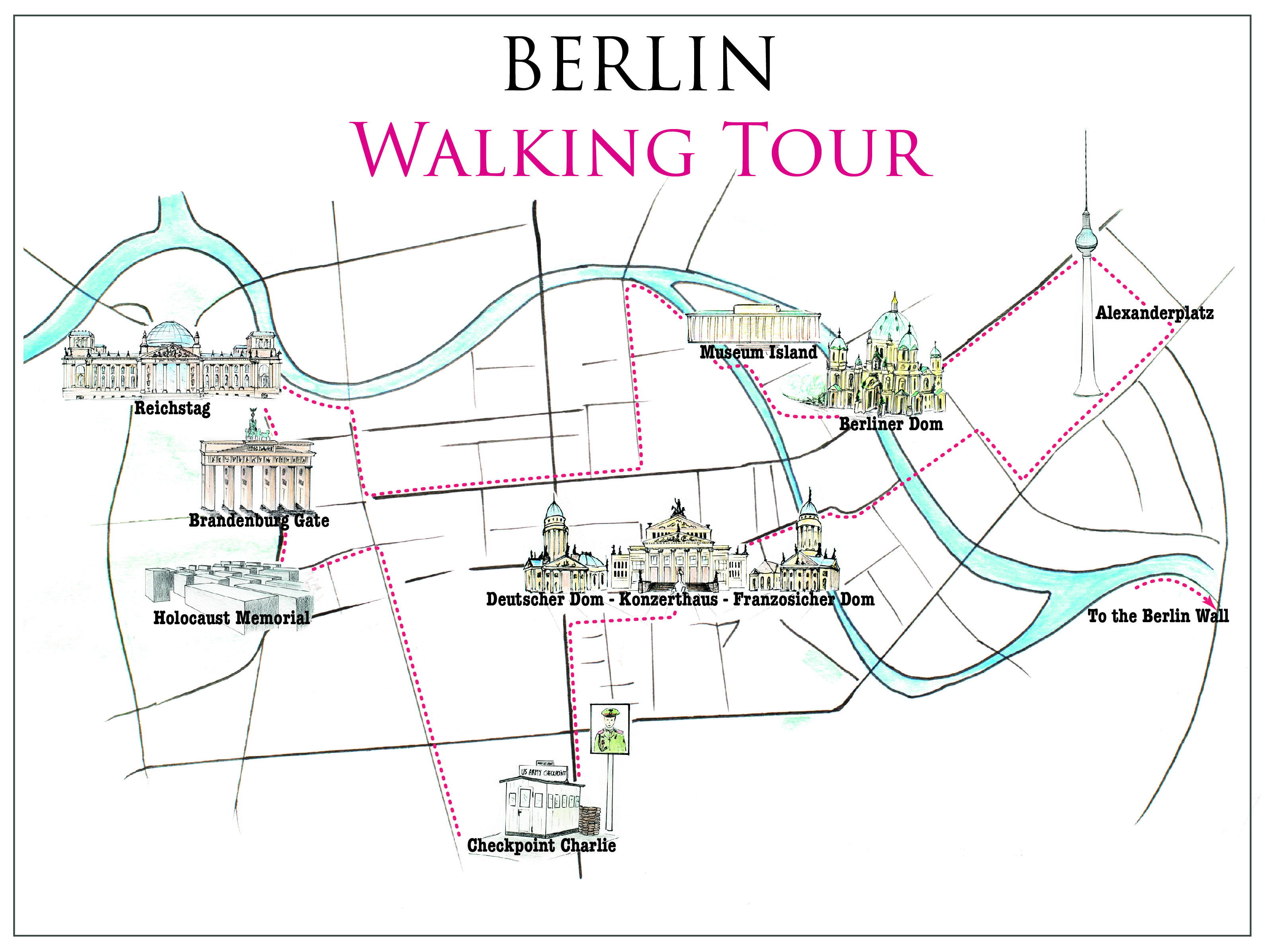 See all of Berlins EAST and WEST from the water in 3,5 hour

See all Hop on Hop off Cruise Tours from Berlin

The ONE Grand Show Berlin Ticket

Tripindicator's experts taken greater care in comparing prices for Berlin Hop on hop off from the ratings and leading bookings websites so that you don’t have to. See below the FAQs about Berlin hop off bus tour and answers:

Are Berlin hop on hop off bus tours worth for money?

Berlin Hop On, Hop Off bus tours provide a wide range of Berlin city overview with one ticket and unlimited hop on and hop off, making them a perfect option for disabled tourists with mobility problems to explore Berlin at your own pace. Your personalized Berlin tour experience including onboard commentary in your own language, disability friendly buses, choice of being alone or in a group, choice of time of tour and of your own pace of exploration of Berlin city sightseeing with Hop On, Hop Off Bus tours.

We pride ourselves of Berlin Hop On, Hop Off price comparison from leading suppliers, saving you time and money, See all Berlin Open bus city sightseeing tours

What are the best hop on hop off bus tour in Berlin?

See all Berlin Hop on Hop off bus tours

How much is the Hop on Hop off tours in Berlin & which bus tour is cheapest?

Berlin Hop On, Hop Off tours are designed to take a range of needs in mind, including a one-day pass, a two-day pass, a three-day pass in addition to combination tours that give access to multiple top Berlin attractions. Prices of our Berlin bus tours start from €16.00 and go up to €41.00.

Berlin city has many routes leading to a diverse range of attractions, meaning that the time it takes on a Berlin Hop On, Hop Off tour will vary depending on where you’d like to go.