Are you on a trip to Germany? Welcome to Frankfurt, Germany's fifth largest city and her biggest international airport - Frankfurt international Airport. Every traveler, especially new visitors, deserves a safe trip and smooth integration at arrival. To make your journey easy and hassle-free, we have here a tour guide to aid you find your way around this busy airport, through the city of Frankfurt and indeed the rest of Germany.

This airport covers over 300 destinations in 5 continents, rising to hold the honor of the airport with the most direct routes in the world.

Frankfurt International Airport has two terminals (labelled Terminal 1 and 2). They are connected by skyline people mover (monorail) and shuttle buses, which are free of charge and depart at regulated intervals of a few minutes.

Terminal 1: this is the bigger, older and busier of the two terminals. Annually it handles about 50 million passengers and has 103 gates with 4 concourses, labelled A, B, C and Z. And it hosts mainly Lufthansa and many other local and international flights. This terminal is split into five levels;

Second level; the departure, which is connected to C, D and E gates of terminal 2.

Third level; this is where you find the information counter, security check, amenities and various services.

Fourth level; this is where you go to refresh yourself with several food plazas and exciting activities to engage in.

The airport has good connections to every part of Germany and you easily get around either by train, car or bus. There are two railway stations, one for long distance high-speed trains and the other for near-by towns and cities.

Click here more information How to getFrankfurt Airport to the city. 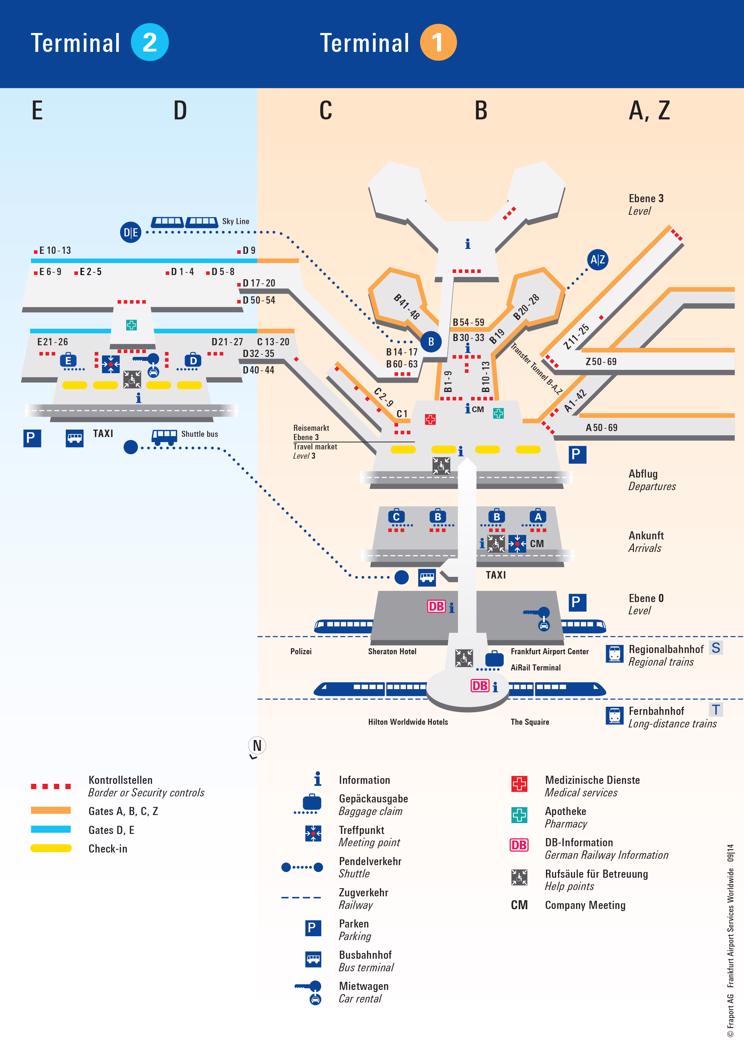 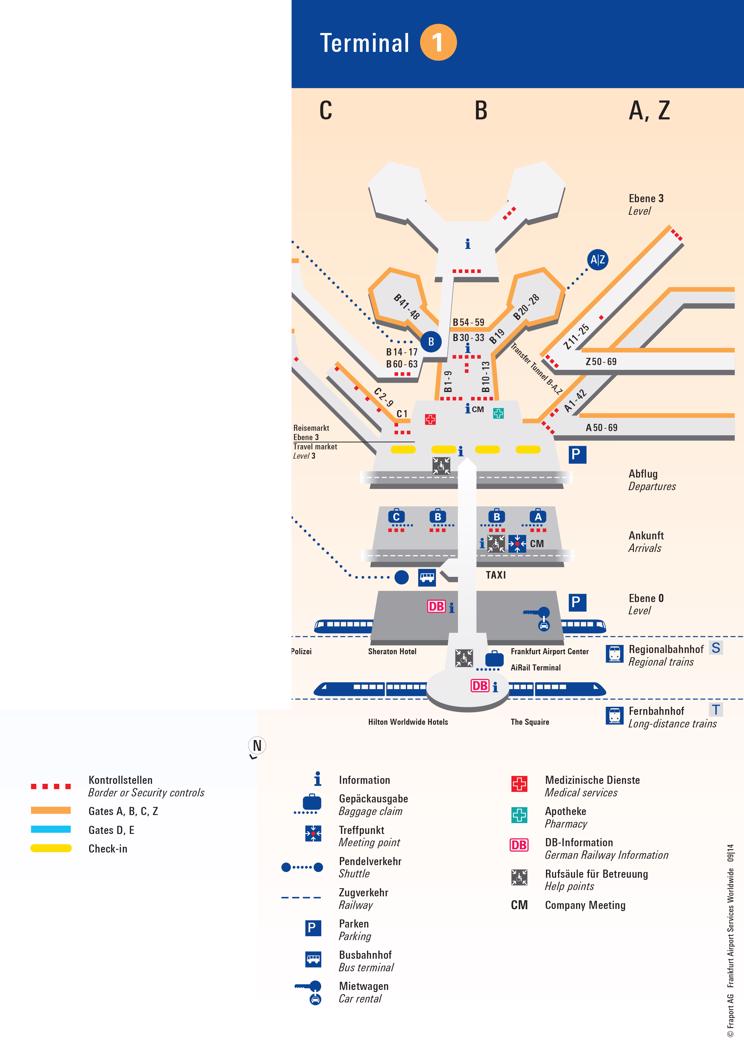 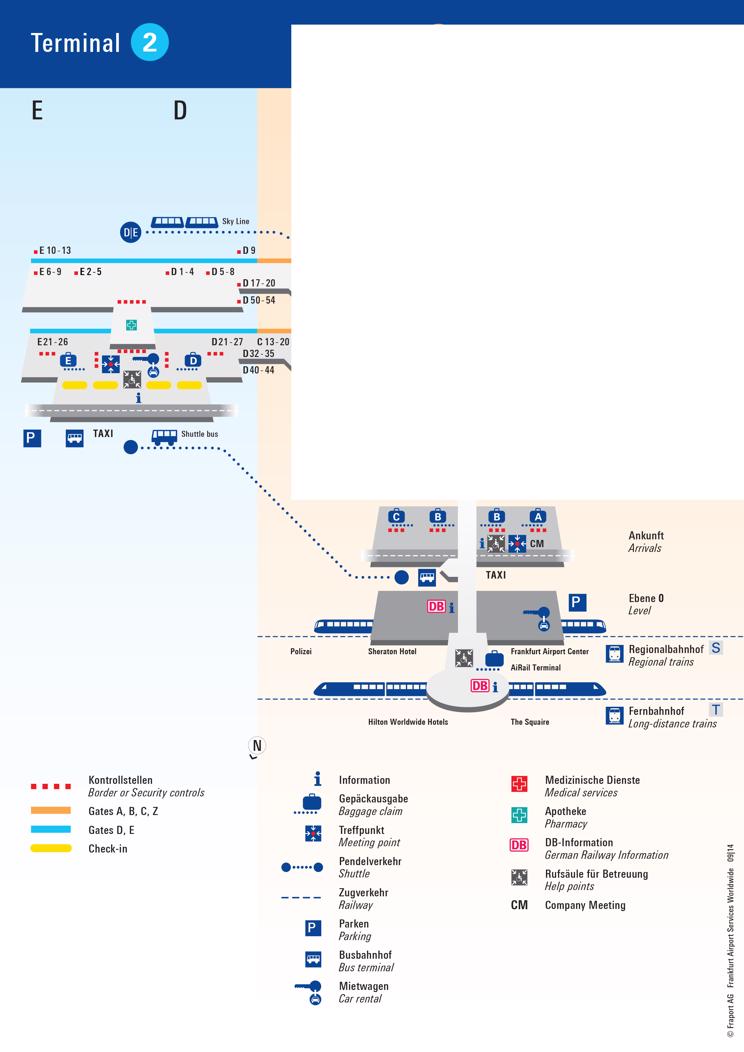