In the wake of the coronavirus pandemic, we want to help you by sharing most of our commission revenue with you to boost Brussels travel economy. Check out 8% discount on Top-rated Brussels tourist attractions tickets & tours here:

Brussels Hop on Hop off Bus

Do really find Brussels South Charleroi Airport cool enough? Here is some more information which you need to know about it. it is also called Brussels Charleroi Airport. It is known to be an international airport located in Gosselies which is actually a part of the Charleroi city right in Wallonia. This airport is 7.4km south of central Brussels. In addition, it is the second busiest airport right in Belgium

This second terminal was opened recently, in the year 2017.Its construction lasted a period of 10 months and it was specifically designed to promot the comfort of passengers and also allow for future growth of the airport.It possesses a covering floor area which measures 5,800sqm.Eight check-indesks, three departure gates, and two baggage carousels contribute to various parts of the terminal.

The main restaurants near Brussels South Charleroi Airport Terminal 2 include:

The airport is 29 miles from the city center.Airports huttle buses effectively transfer passengers to the nearest train station. It could take about 38minutes. Get to know more about Airportto City options:https://www.tripindicator.com/which-brussels-airport-is-best-to-fly-or-closest-to-brussels-city-centre.html 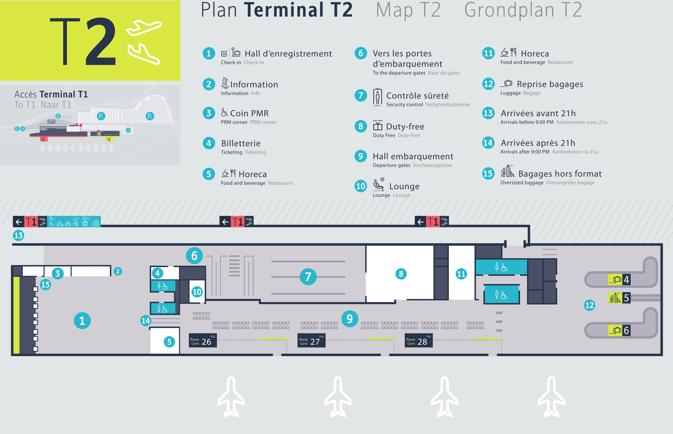 Luxembourg Day Trip from Brussels: Two Countries in One Day