Having a grand vacation in your dream destination is something you should plan carefully. With a lot of things to see and do in Athens, it may take you a while to decide on what to prioritize. As the capital of Greece, Athens is bursting with theatre shows, concerts, and musicals for everyone. Take into consideration this Athens theatre shows we deem you will like, namely Ancient Greek Theatre Performances in Koilon Theatre, Dora Stratou Greek Dancing Show, and Oedipus Rex Theatrical Performance.

For music lovers, theatre enthusiasts, or concertgoers, there are numerous choices on what shows to see in Athens. To come up with a better decision on what Athens concerts to choose, head over to our site to know the reviews and prices. Isn’t it exciting to check the best Athens musical out there?

There’s no downtime when on vacation with a lot of things to do in Athens at night. Athens boat tours will give you a different perspective of the city. A romantic way to explore Athens is to get on a boat cruise like Sail the Sunset Athens Half Day Sailing Trip. You will stop at some of the beautiful beaches in Greece such as the Vouliagmeni Beach and Kavouri Beach along the way while enjoying the view of the sunset.

If you are the type of traveler who prefers to sit on a bus and soak in the beauty of the city while listening to the onboard commentary, then the Athens hop on hop off bus tours are for you. The bus routes will pass by famous attractions of the city such as the Temple of Zeus, the National Library, the Acropolis & Parthenon, and the Ancient Olympic Stadium.

Even if you are on a budget, roaming around Athens can still be fun. You will be surprised that there’s a quite number of free things to do in Athens. Check out Athens city tours and go over the different tour varieties that will fit your budget. Tantalize your palate with local food and delicacies by going to one of Athens food tours. Finally, look into Athens walking tours if you want to explore the grandiose city on foot. 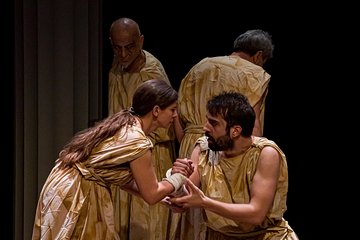 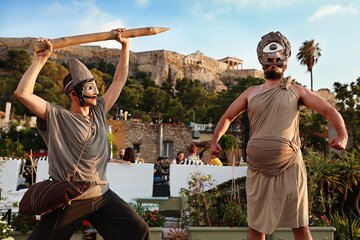 Athens to Hydra, Poros, And Aegina Full-Day Cruise With Lunch

What are the best theatres and shows in Athens ?

What are the best things to do in Athens at night?