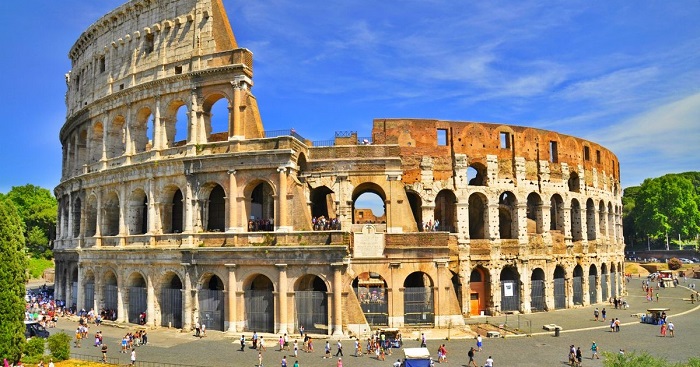 Built between 72 A.D. and 80 A.D. under the Emperor Vespian, the Colosseum in Rome is one of the world's most historical sites and is visited by millions of tourists yearly. Made from concrete and stone, this magnificent monument was built with tens of thousands of slaves. It is the largest amphitheater in the world, measuring 189 meters long, 156 meters wide, and 50 meters high. This arena can easily fit a modern-day football pitch inside.

The events which were previously held in the Colosseum were very brutal, and sometimes a few games held by the emperors would kill more than 10,000 animals in single day. As protection for spectators from the blistering sun and heat of Ancient Rome, there was an awning that could be pulled over the top to of the seating to provide shade, also referred to as velarium.

There were numerous rooms and underground passages below the colosseum where the gladiators and animals were kept. There were also three dozen trap doors in the arena which were mainly used for special effects. Although two-thirds of the Colosseum has been destroyed over the years, mostly the result of fire, earthquakes and vandalism, it remains one of the most popular tourist sites today.

What are the best Colosseum Underground, Night Tours & Skip the line tickets? 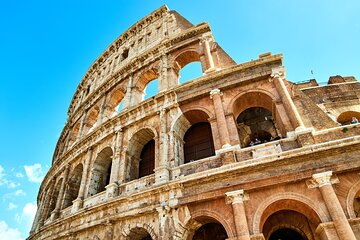 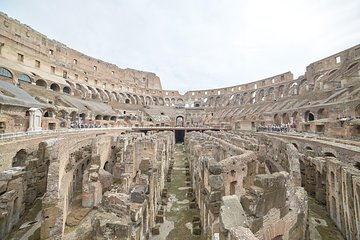 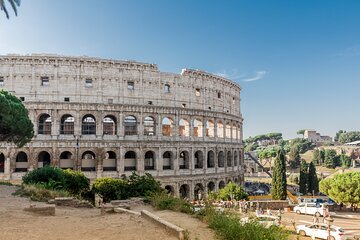 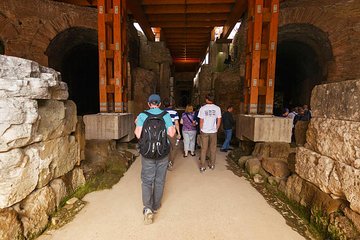 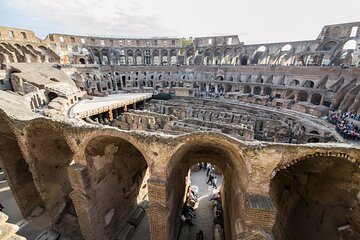 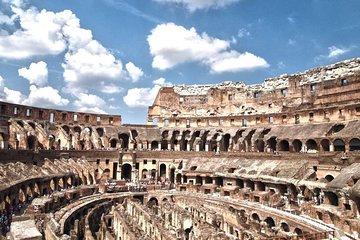 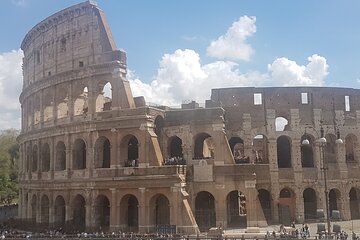 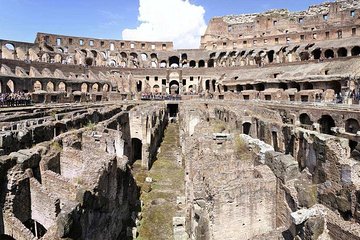 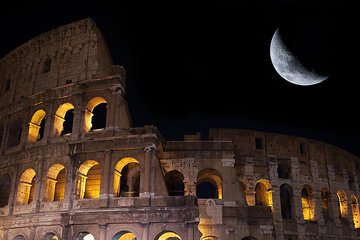 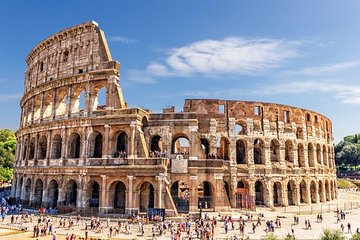 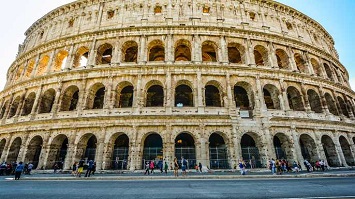 Colosseum Outer Walls
The outer wall of the colosseum us 57 meters high and is built of travertine marble that is held together by iron clamps instead of mortars. The outer wall has been damaged several times by earthquake and in 1349, its entire south side collapsed. The fallen stone was used in the construction of buildings throughout Rome, but the original layers can still be seen in the arches and pilasters in the remaining north side. 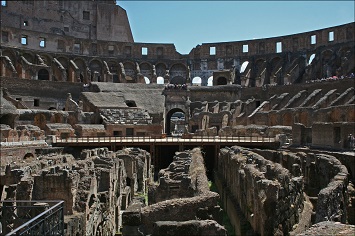 Colosseum Interior
The interior of the Colosseum was divided into different sections and spectators were seated according to their rank, or lack thereof. The emperor and the vestal virgins had the best views from the boxes at the south and north ends of the arena. Some of the names of the senators are carved in stone of the area between the south and north ends as the seats there were reserved for them. On the second course sat the noble families and the general public sat on the third and fourth levels. 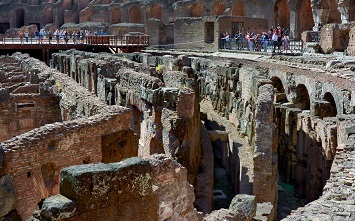 The Hypoguem
The Hypoguem or the arena floor is 83 by 48 meters. It is built of wood and covered with sand. Although it has long been destroyed, visitors today can still see the walls of the hypogeum which is a massive two-storey underground labyrinth of tunnels connecting cages for exotic wild animals, training room for gladiators, and store rooms. Caged animals and scenery were lifted to the arena by elaborate machines. Sometimes the arena was filled with water for mock sea battles.

Arch of Constantine
The Arch of Constantine stands beside the Colosseum and it is a triumphal arch in honor of Emperor Constantine who was known as the 'liberator of the city of Rome and the bringer of peace' after his victorious rally at the battle of the Milvian Bridge. It is the largest and best preserved roman triumphal arch standing 21 meters tall. Decorated with reliefs taken earlier structures, some of the scenes on the arch have little to do with Constantine's victory.

The Colosseum can be overwhelming especially for someone who did not do enough research. So we have done the hard work for you and left no stone unturned to get you the best insider tips when it comes to planning your Rome Colosseum visit.

Go with a guide

Going with a guided tour helps you get the most out of your visit to the ruins. You get to jump queue and have someone knowledgeable tell you all about the amphitheater's history. You also get access to exclusive areas of the site which are not open to the rest of the public. Another excellent option is a group tour if you are on a budget but still want to all the highlights. With a competent guide, the glory of ancient Rome can be brought back to life.

The Colosseum is massive and can be overwhelming so dedicate at least one whole day so you can explore to your heart's content. Don't rush and sell yourself short. You already paid good money so you must see to it that you get your money's worth. Busy tourists crowd around the Palatine Hill, Roman Forum and the Colosseum and it can take you quite some time to get through everything that you want to see, the same reason why it is better to get a guide. There are plenty of Rome pass tickets to choose from so it shouldn't be that difficult to find one suitable for you.

The best time to visit Rome is from October to April. This is when most of the tourist crowds have dissipated and the rates for rooms are lower. Weather this time of the year hardly dips below freezing but you will need a coat to keep yourself warm. If you want warmer weather without plenty of tourists and sweltering heat, you can go in May or September.

The last entrance is an hour before closure. The Colosseum is closed on the 1st of January and the 25th of December.

Explore the amphitheater's first and second levels with a knowledgeable guide who can entertain and educate you about the gruesome gladiator battles.

3. In the Footsteps of the Gladiator

4. Rome in a Day: Vatican and Colosseum Skip the Line

Rome was not built in a day and seeing the city in its entirety is also going to take more than a day. There are various free things to do in Rome, as well as Rome day trips to choose from but it is important to select one that will help you save time because the lines can get very long especially during peak season. Another great way to experience the city, as well as its most famous attractions is the Rome Hop On Hop Off bus. Rome deserves more than just a cursory glance so when in Rome do as the Romans do and take your time to truly experience it.