These are the most famous Rome tourist attractions & sight tours which sees thousands and millions of visitors each year:

Private Transfer from Hotel in Rome to Civitavecchia Port

Do you want to know more about Rome Ciampino airport? Here you go. Rome Ciampino is the secondary international airport of Rome, which is the capital of Italy. It is known to be a joint civilian, commercial and military airport situated at about 6.5 NM (12.0 km; 7.5 mi) south southeast of central Rome, just outside the Greater Ring Road. So many low coast carriers use this particular airport, as well as general aviation traffic. In addition, Rome Ciampino airport was named after the Famous Giovan Battista Palestine who was an Italian airship pilot, known to serve effectively in the First World War.

TERMINALS: This airport has only one terminal which is a single storey building which contains departure and arrivals. The departures area consists of a main hall with some stores and service facilities as well as 31 check-in counters and 16 departure gates using walk or bus boarding as there are no jet-bridges. Main shops near Rome Ciampino Airport terminal: Veganetto, L'esspresso, Giangusto, and many others

TOURIST ATTRACTION: Rome tourist attractions include Colosseum, Trevi fountain, piazza Navona, the symbol of Rome, you can check out the Pantheton and lots more. 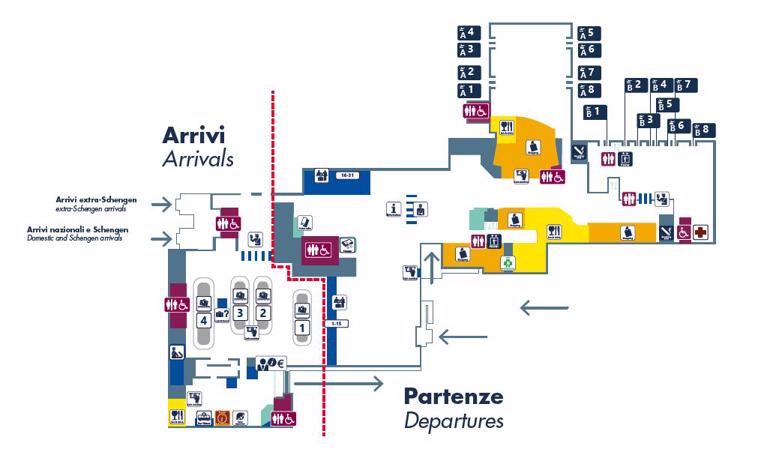 Tuscany in One Day Sightseeing from Rome