A Complete guide to Tower of London

A 900-year old castle and fortress located in Central London, the Tower of London is notable for housing famous and infamous prisoners, as well as the crown jewels of the royal family. The tower has served a myriad of purposes throughout history and it was used as a royal residence until the 17th century. It has become a symbol of London and tourists who visit the city ought to also visit the tower if they want to get a true London experience.

Three hundred years ago a prisoner condemned to the Tower of London carved on the wall of his cell this sentiment to keep up his spirits during his long imprisonment: “It is not adversity that kills, but the impatience with which we bear adversity.” James Keller

Always there have been six ravens at the Tower. If the ravens fly away, the kingdom will fall.” John Owen Thebald 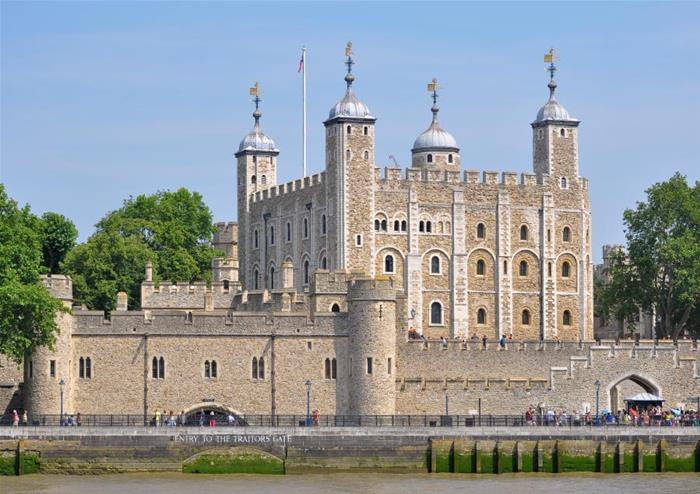 The below table includes a brief description of various handpicked Tower of London tickets & skip the line guided tours of the Tower of London. They're based on users reviews, cost, customer experience as well as all the best ways to see the famous Tower of London sight. 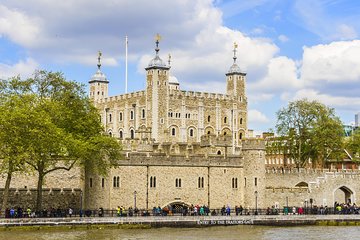 1. Tower of London Ticket Including Crown Jewels and Beefeater Tour

Tower of London Ticket Including Crown Jewels and Beefeater Tour 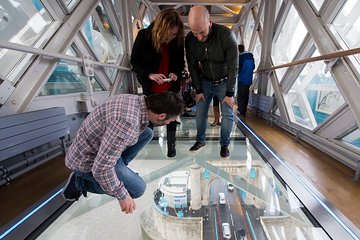 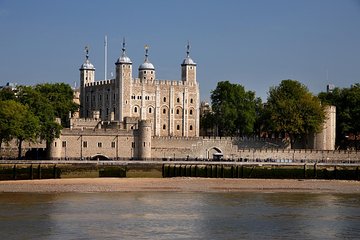 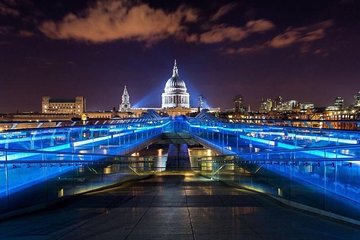 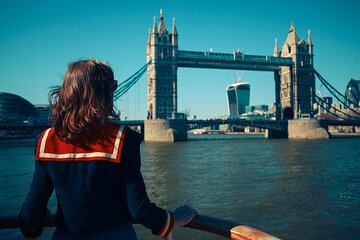 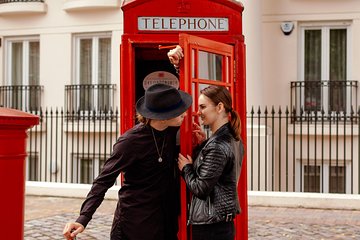 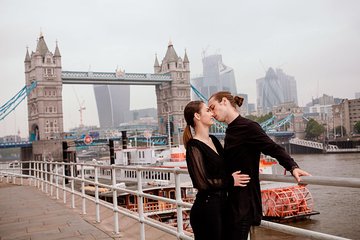 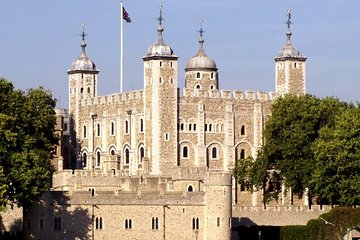 15 Facts About the Tower of London

Why Was the Tower of London Built?

The mighty stone tower that is now known as the Tower of London was built in the 1070s by the orders of William the Conqueror. It was built to defend and protect his royal power and there was nothing like it in England before. William wanted the tower to dominate the skyline, as well as the hearts and minds of defeated Londoners. The tower took around 20 years to build.

Throughout history, the Tower has been adapted and developed to control and defend the nation. Both Edward I and Henry III made expansions to the tower. Royals used the tower in times of trouble to protect not only themselves but also their possessions. Arms and armors were also made, tested and stored in the tower. The tower also controlled the supply of the nation's money. Royals locked away their valuables at the tower and today the crown jewels are kept there.

The Tower of London hosts a myriad of activities all year-round which tourists and locals alike will enjoy.

Discover the secrets of the Tower's history with after-hours access.

Discover the captivating stories of pain, treachery, torture, and passion on this tour.

Prepare to be dazzled by the world famous and breathtaking collection of more than 20,000 gemstones at the Tower.

Train to become a knight and defend the Tower from any attack.

Prepare to be shocked with stories of unfortunate prisoners who were tortures within the walls of the Tower.

The Royal Family of England has stored crowns, robes, and other items of value at the Tower of London for 600 years. Since the 1600s, the crown jewels or the coronation regalia have been protected at the Tower. More than 30 million people have seen them at the Tower, and they are quite possibly the most visited objects in Britain. When the next coronation comes around, key items will be taken from the Tower to Westminster in readiness for the ceremony.

At the heart of the collection is what is called the Coronation Regalia, a group of highly symbolic and precious objects used since 1661 to crown the heads of England. 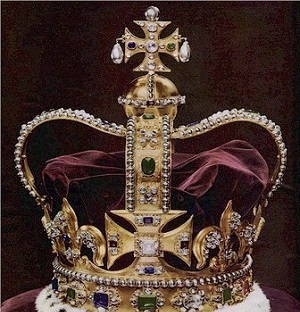 The most sacred and important of all the crowns and used only at the moment of crowning. 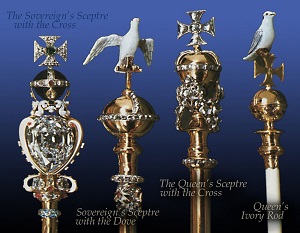 The Sovereign's Sceptre and Rod

The scepter and rod are received by the hand in each monarch before crowning, in the last part of the investiture.

Protector of good
Made up of the Sovereign's Orb and the Jewelled Sword of Offering. The sword is presented to the new monarch as part of a collection of ornaments, including ceremonial spurs and armills. The Orb contains many original gemstones symbolizing the Christian world with the cross mounted on the globe.

One of the newer items in the regalia, it contains some of the most historic jewels in the collection. This is the crown the monarch wears as they leave Westminster Abbey after the coronation.

What to Expect from the Tower of London?

One of the most important landmarks in England, the Tower of London has played a significant role in the country's history. Since it was built in the 11th century, it has served as a treasury, an armoury, the home of the Royal Mint, the home of the Crown Jewels of England, and a prison. Today the UNESCO designated site is one of the most visited places in the UK.

The Tower of London is bigger than it looks. The interiors of the Tower contain several walkways as well as various exhibits and buildings. If you want to explore the place at a leisurely place you will need at least four hours. If you are pressed for time, you can still get a good overview of the place for two hours. Get a head start by being there at opening time. This way you will have an hour to yourself before it gets really packed and head to the Crown Jewels first because it is the highlight of the Tower.

Understanding the Tower of London Rooms and Floors

Officially named Her Majesty's Royal Palace and Fortress of the Tower of London, the Tower of London is a historic castle situated on the north bank of the River Thames. It was founded towards the end of 1066 as part of the Norman Conquest of England. This massive complex is visited by people from all over the world, and for good reason. It has so much history and culture that it should not be missed by anyone going to London. The tower of London is divided into different parts. 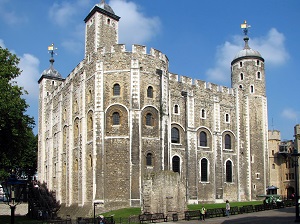 The White tower is a keep or a donjon. It is often the strongest structure in a medieval castle and contains lodgings suitable for the lord, the king or his representative. One of the largest keeps in the Christian world, the White Tower has also been described as the most complete eleventh-century palace in Europe. The White Tower measures 36 by 32 meters at the base and is 27 meters high at the southern battlements. The original structure was three levels high with a basement floor, an entrance level, and an upper floor. 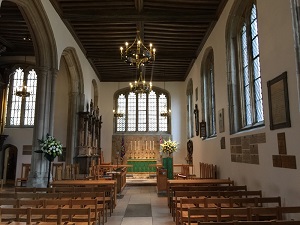 The Royal Chapel of Saint Pierre Ad Vincula is the parish church of the Tower of London. It is a small rectangular building situated on the northwest corner of the inner courtyard of the Tower. It now serves a place of worship for the people who inhabit the Tower. 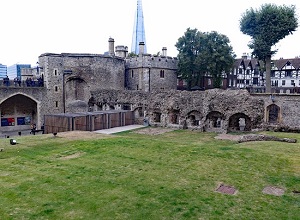 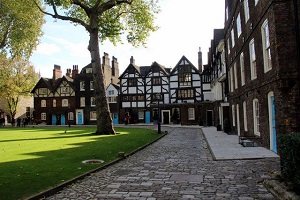 The Inner Ward was created during the Richard the Lionheart's reign, when the castle's size was effectively doubled with a moat dug to the west of the innermost ward. The ward's dimensions remain to this day and most of Henry III's works survived to this day. 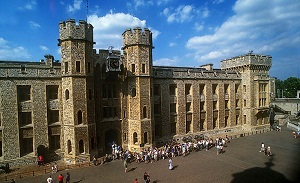 One of the main buildings of the inner court of the Tower, Waterloo Barracks is also called Waterloo Block and it houses the famous Crown Jewels. 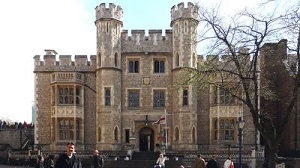 This is one of the buildings that still has a military vocation. It is open to the public and has now been converted to a museum. 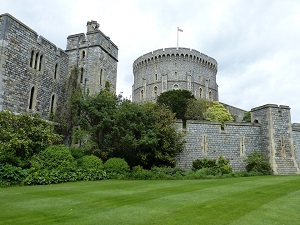 The Outer Ward is the third wall created during Edward I's extension to the Tower. A bastion known as the Legge's Mount was also built around the same time on the north-west corner of the castle as the Outer Ward. Another bastion called Brass Mount, was built in the north-east corner and together the three rectangular towers along the walls were dismantled in 1843.

The Tower of London is open daily except between 24-26 December and on the 1st of January. Last admission during winter season is at 16:00 and closing time is at 16:30.

The Tower of London will open slightly later than usual at 10:00 on Thursday 28 March 2019 for staff training.

How to Get to the Tower of London?

There are many ways to get to the Tower of London from Heathrow Airport. You can take the bus, night bus, subway, or taxi.

The Best Times to Visit the Tower of London

Crowds are expected when you visit the Tower of London on Fridays, Saturdays and Sundays. If you do not want to jostle for space with too many people, the best time to visit is on Tuesdays and Wednesdays. You will be able to explore the Tower better if you visit mid-week. Summer is still the best season to see the sights in London but expect a lot of people too. Do not forget to grab a copy of the London attractions map so you know exactly where else to go.

Plan your Visit to the Tower of London

The Tower of London is one of England's most famous landmarks. It has performed several functions for hundreds of years, it has been a prison, an execution site, and a vault for priceless jewels. No wonder it is visited by millions of people annually. Here are some insightful tips to make your visit a breeze.

Being a major attraction, queues are expected at the Tower of London, so it makes sense to purchase skip-the-line tickets in advance so that you won't have to waste time standing in line and waiting for your turn. You can just get past everyone and start exploring the place at your own pace.

Guided tours are the best way to go if you want to fully experience the Tower of London. There is so much to know and discover about the place that an expert in its history will be of great assistance to any visitor.

Although the tower might look small, do not be deceived. Its massive size means you will be doing a lot of walking when you visit, so make sure that you wear comfortable shoes. It also makes sense to visit midweek so that you do not have to jostle for space with the crowd.

How to Get the Most Out of the Tower of London?

The Tower of London is massive and is almost always busy except on midweek.

Is the Tower of London Accessible?

Compared to other major tourist spots in London, the Tower of London has more accessibility challenges because of the cobblestones and various buildings that can only be accessed by steps. Fortunately, there is a step-free access at the southwest corner of the building.

All buildings have steps except for the one with the crown jewels. The courtyard is mainly covered in cobblestones but some of the cobblestones can be avoided by getting up a curb to the sidewalk.

How Much Does It Cost to See the Tower of London?

You've Visited The Tower of London, What Now?

London is a busy and historic city that offers a myriad of things for tourists and locals alike. There is so much to see and experience in this lovely city. If you are headed to the Tower of London, you will be happy to know that there are other things to enjoy that are in proximity to this historical structure.

Since opening in July 2012, this impressive skyscraper has changed the skyline of London permanently. The views from Tower of London are amazing so do include it in your list.

Although not as near to the Tower of London as the other attractions, Warner Brother Studios is still worth a stop especially if you are traveling with children. They will absolutely love the Harry Potter Studio London tours!

Founded by the Romans, the UK's capital, London, has undergone various transformations to become the city that it is today. One of most famous attractions, the Tower of London, is a must-see. There are also plenty of London things to do at night and London walking tours which you can enjoy by yourself, with friends or with family.