If you're considering a visit to Dallas through her international airport or you're using it to connect another destination, you'll need to know your way around the airport, at least for the few hours you'll spend there. And that's precisely why we put together a complete tour of the airport you a clear picture of its facilities, basic information, and amenities to ensure you have a smooth trip.

The Dallas-Fort Worth International Airport is found half between Dallas and Fort Worth. It holds the positions of fourth busiest airport in the world by aircraft traffic, the largest hub for American Airlines and ninth busiest international gateway in the United States.

The Dallas-Fort Worth International Airport has five terminals (labelled A, B, C, D and E) and a total of 165 gates. A skyline people mover takes passengers from one terminal to another within the secured areas. And outside secured areas, buses move people between terminals.

Terminal A: it has a total of 26 gated, it handles mostly local flights and houses the American Airlines.

Terminal B: it has 47 gates and it's the largest terminal at Dallas-Fort Worth in terms of number of gates. Its the American Eagle.

Terminal C: this terminal is for only domestic flights. It has 28 gates with American Airlines operating at its gates.

Terminal D: this is the international terminal at Dallas-Fort Worth. It has 28 gates and it's built to serve 32,000 passengers everyday, making a total of 11.7 million passengers every year. This terminal has over 8,000 parking spaces and a Smart Technology System which detects fully occupied parking lots. It houses a number of airlines, including; AeroMexico, American Airlines/American Eagle, Avianca, British Airways, Cayman Airways, Emirates, ETIHAD, Interjet, Japan Airlines, Korean Air, Lufthansa, QANTAS, Qatar Airways, Sun Country Airlines, Texas Sky, VIA Airlines and Volaris.

The DFW has facilities that enable passengers connect the city with ease. It hosts ten rental car companies in a consolidated rental cars facility and it's connected to all terminals. The Dallas public transport system, DART offers bus services and also has a light rail at Terminal A. And you can find Trinity Metro TEXrail at Terminal B. Formore information getting Dallas-Fort Worth Airport to City 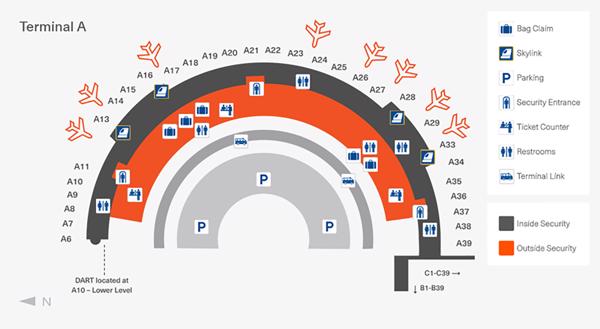 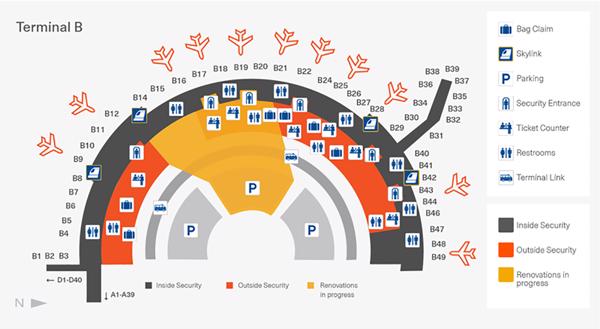 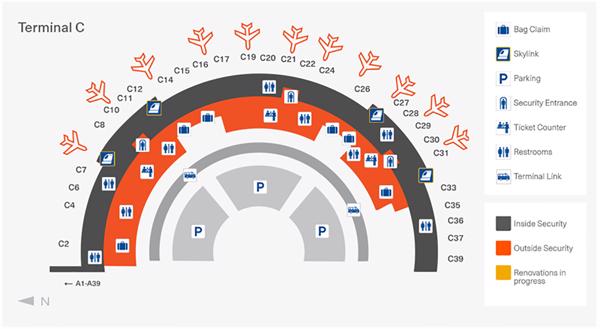 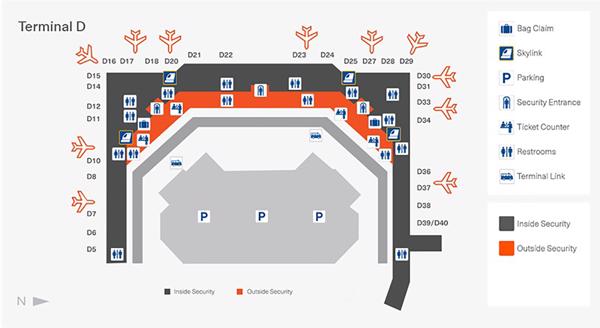 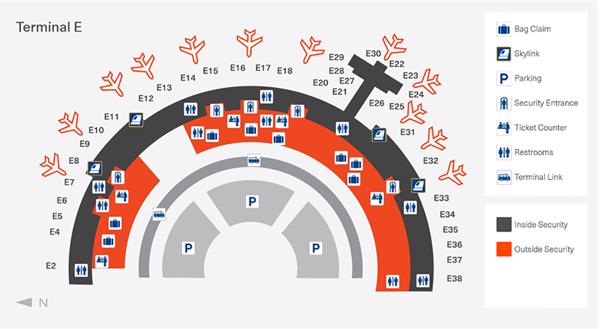