Transfer to Anaheim Resort from LAX or Los Angeles Hotel

Are you on a work trip to the States? Or do you plan to tour the US? Either way, brace yourself for an exciting experience at the infamous Los Angeles International Airport, because you'll most likely land there. Popularly known as LAX, this airport is the fourth busiest airport in the world and the second busiest in the United States. With its four parallel runways and 9 terminals spanning 3,500 acres of land, LAX promises a spectacular view.

Los Angeles International Airport sits south of Westchester district, Los Angeles, California and it's known as the world's busiest origin and destination airport, since many travelers begin and end their journey there.

The Los Angeles International Airport has nine passenger terminals labelled; Terminal 1, 2, 3, 4, 5, 6, 7, 8, and Tom Bradley's International Terminal (TBIT). These terminals have a total of 128 gates built to form the letter U. Inter-terminal pedestrian connections and shuttle buses allow passengers to connect one terminal from the other.

Terminal 1: has 13 gates and is primarily used by Southwest Airlines.

TBIT: this terminal has the highest number of gates; 28. And it's home for an impressive number of Air Lines including, Air France, Air New Zealand, British Airways, Austrian Airlines, China Airlines, Japan Airlines and many others. 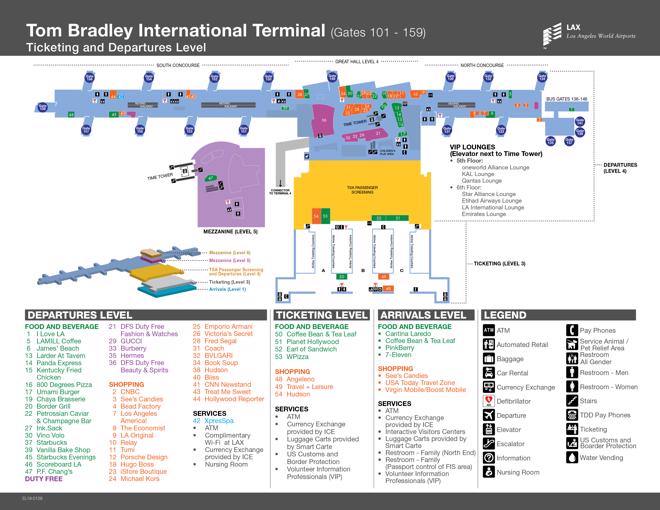 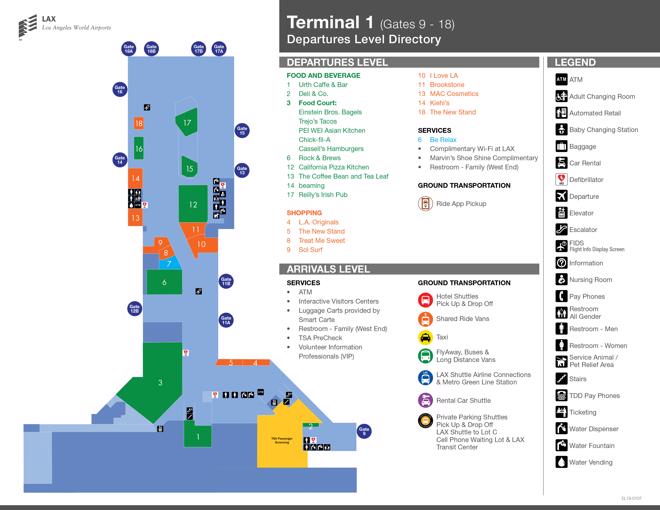 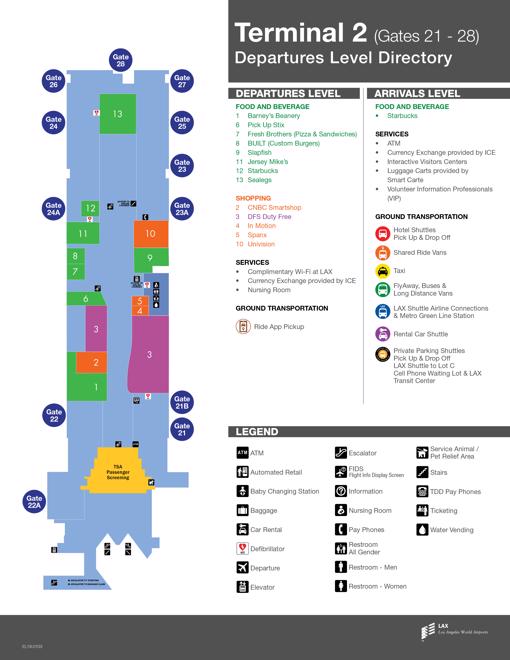 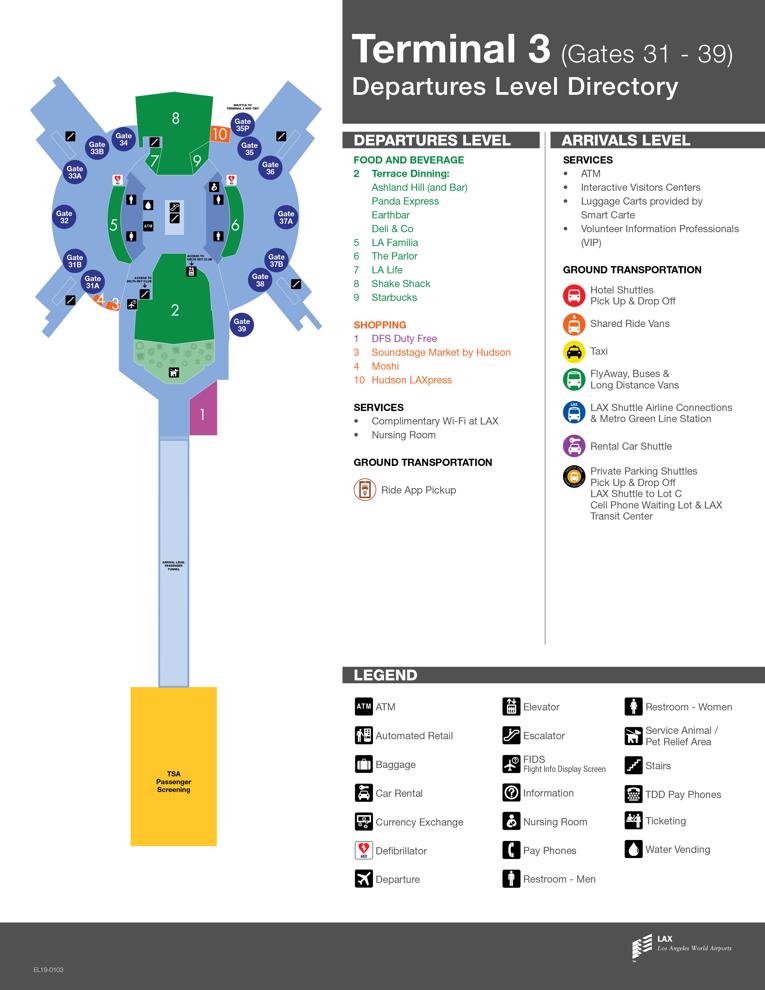 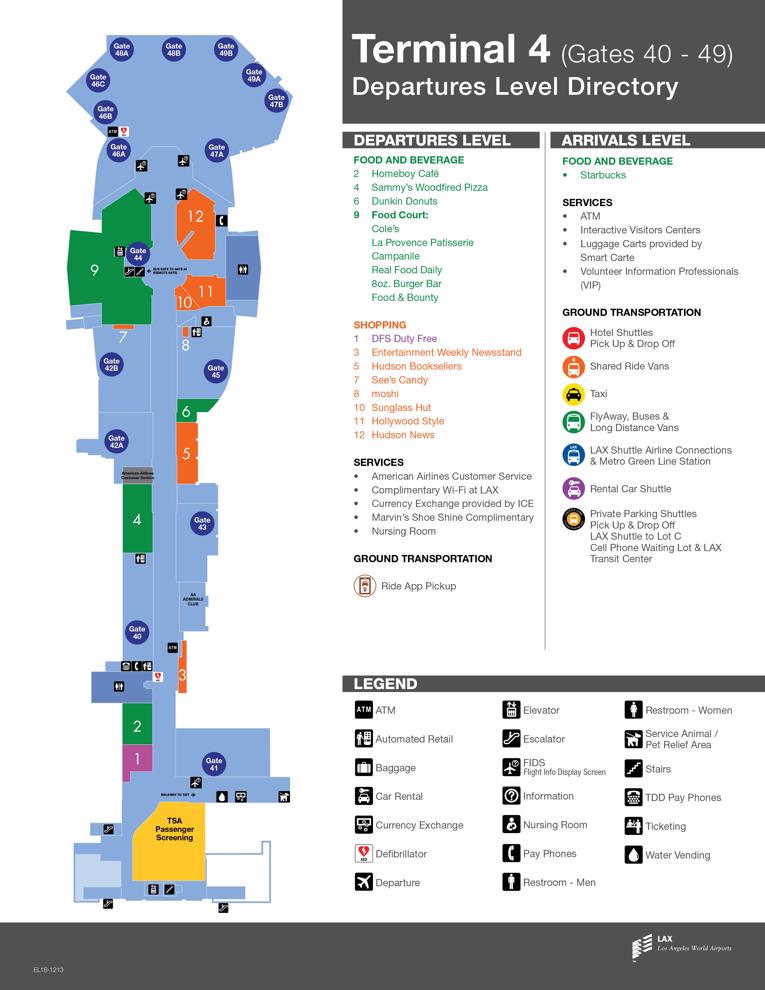 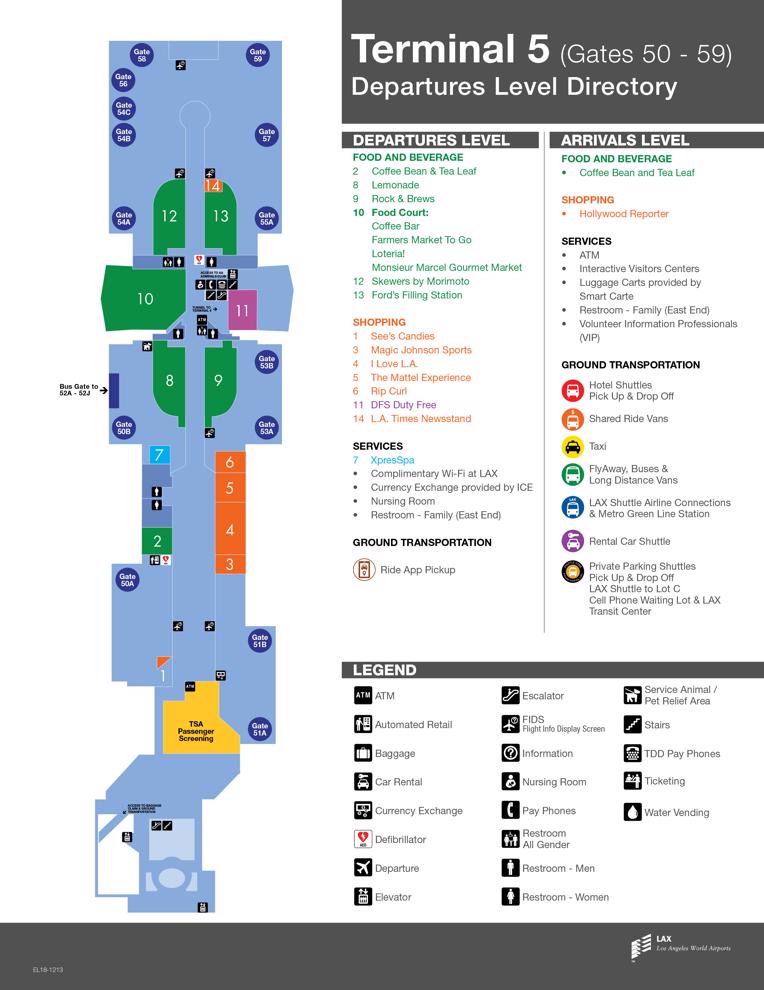 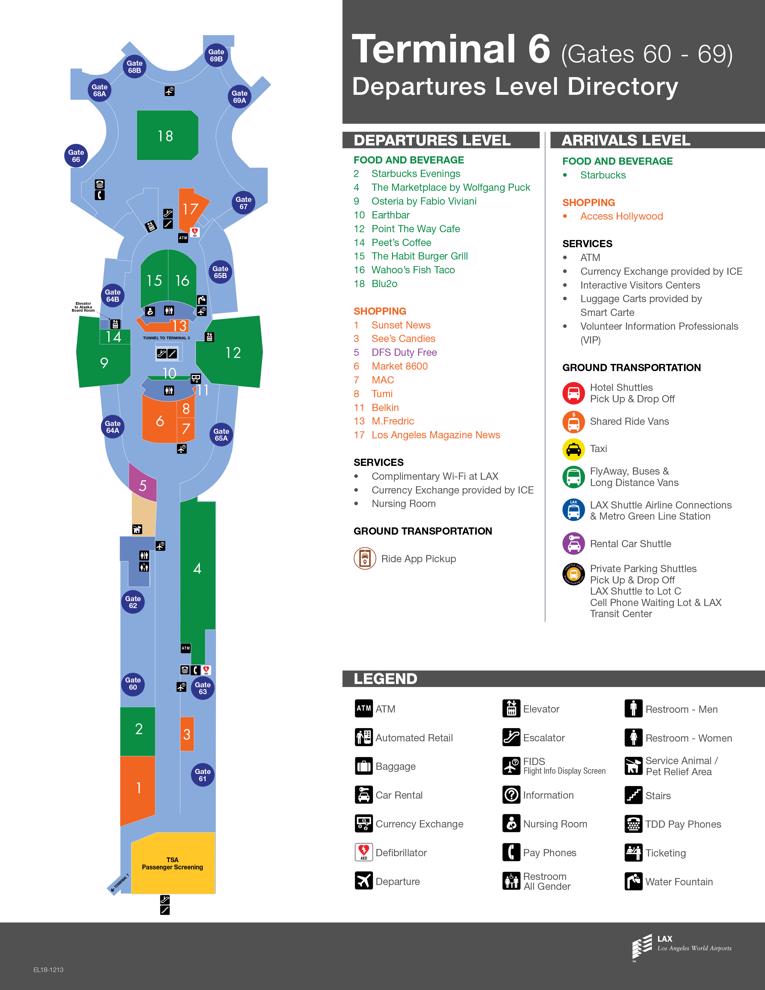 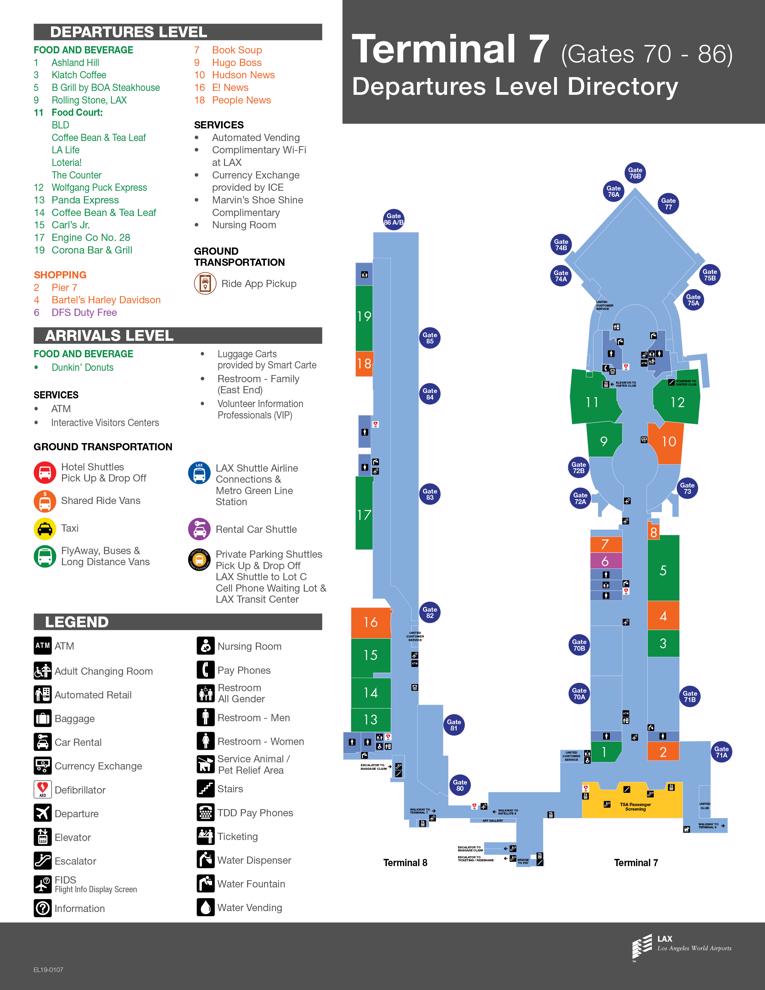 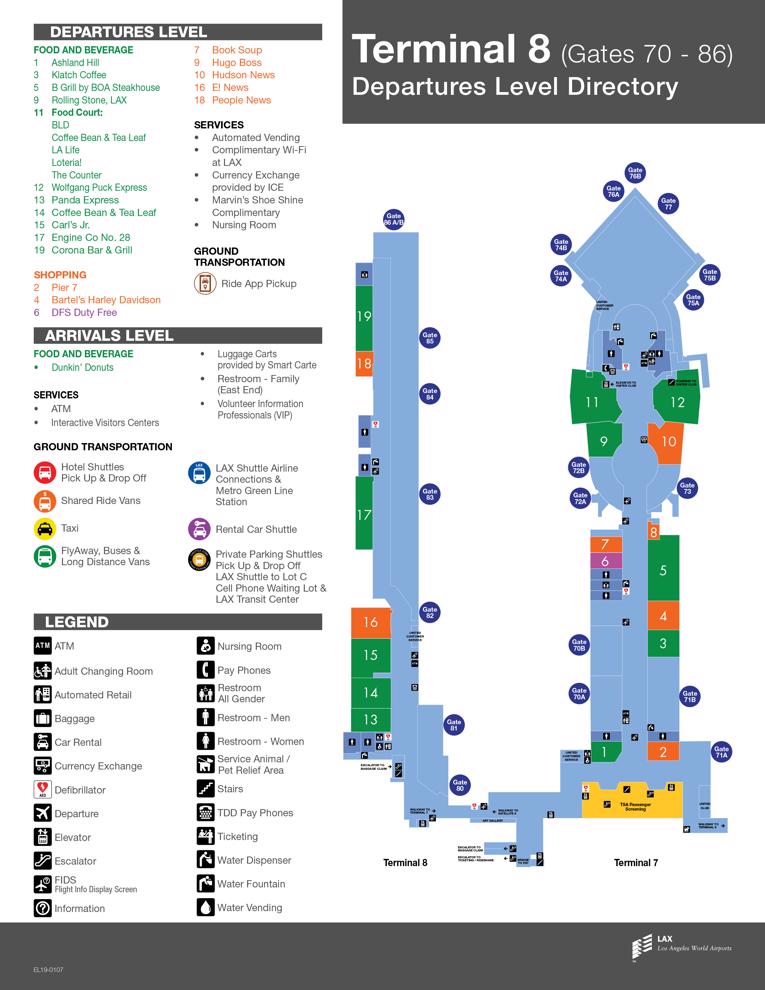