Have you ever visited the largest city in the United State? Let us make your trip easier and more comfortable with Philadelphia International Airport. This the main airport serving Philadelphia, Pennsylvania and the surrounding Delaware Valley. The airport is the main Northeast hub for American Airlines and a regional cargo hub for UPS Airlines. Philadelphia International Airport (PHL), the only major airport serving the nation's 7th largest metropolitan area, is a large hub airport serving 31.7 million passengers annually. Twenty-five airlines, including all major domestic carriers, offer nearly 500 daily departures to more than 130 destinations worldwide. Located 7 miles from downtown Philadelphia, the Airport is easily accessible and convenient to many tourist sites, business centers, and cultural hubs.

The airport has seven terminals: A-West, A-East, B, C, D, E, and F. Terminal A-West is used for international flights while the remaining terminals primarily serve domestic flights. American Airlines operates a hub at the airport and utilizes multiple terminals, including exclusive use of three terminals. Philadelphia International Airport (PHL) is comprised of 7 terminals. In the secure area past the security checkpoints, all terminals and gates are accessible. The checkpoint at Terminal B is open 24 hours; checkpoint hours vary at other terminals.

TERMINAL B- Terminals B and C contain 15 and 14 gates respectively. They are the two main terminals used by American. They are connected by a shopping mall and food court named the Philadelphia Marketplace.

TERMINAL C- this has 14 gates

TERMINAL D- Terminal D contains 16 gates. It originally opened in 1973. The terminal was upgraded in late 2008 with a new concourse connecting to Terminal E while providing combined security, a variety of shops and restaurants and a link between Baggage Claims D and E. Terminal D is home to Air Canada, Alaska Airlines, Delta, and United. This terminal is connected to the shopping area of Terminals B/C through a post-security walkway. The terminal contains a United Club and a Delta Sky Club.

Terminal E contains 17 gates. It is home to Frontier, JetBlue, Southwest, and Spirit. It opened in 1977. Terminal E houses a USO lounge available for all members of the military and their family.

Terminal F contains 38 gates. The terminal is a regional terminal used by American Eagle flights. It includes special jet bridges that allow passengers to board regional jets without walking on the apron. Opened in 2001, Terminal F is the second newest terminal building at PHL.

TOURIST ATTRACTIONS IN PHILADELPHIA- Whether you’re planning your first trip to Philadelphia, making a return trip or already live there, thre are amazing sights you can’t miss from the Independence Historical National Park, Pedlers Village to the Museum of Art and so much more. 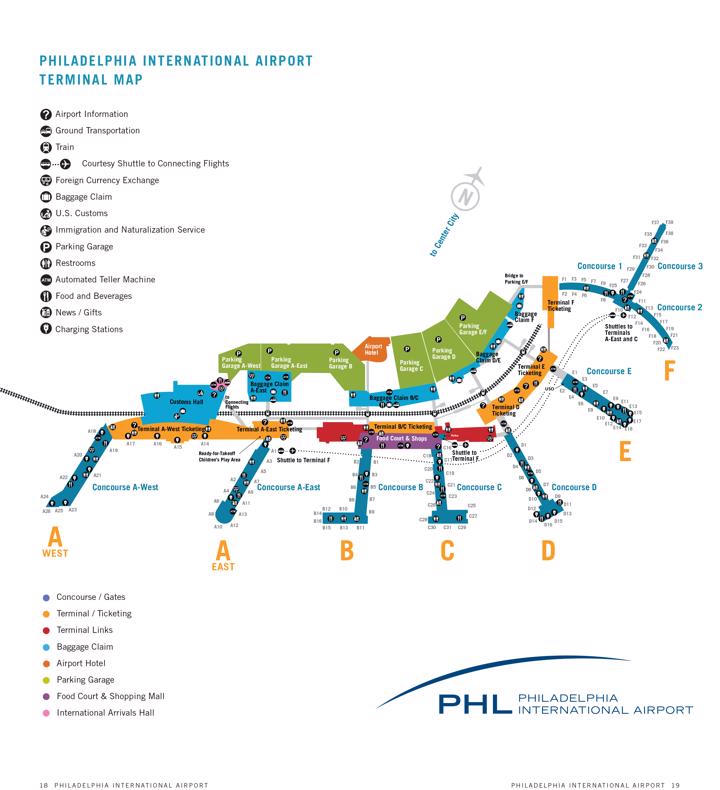 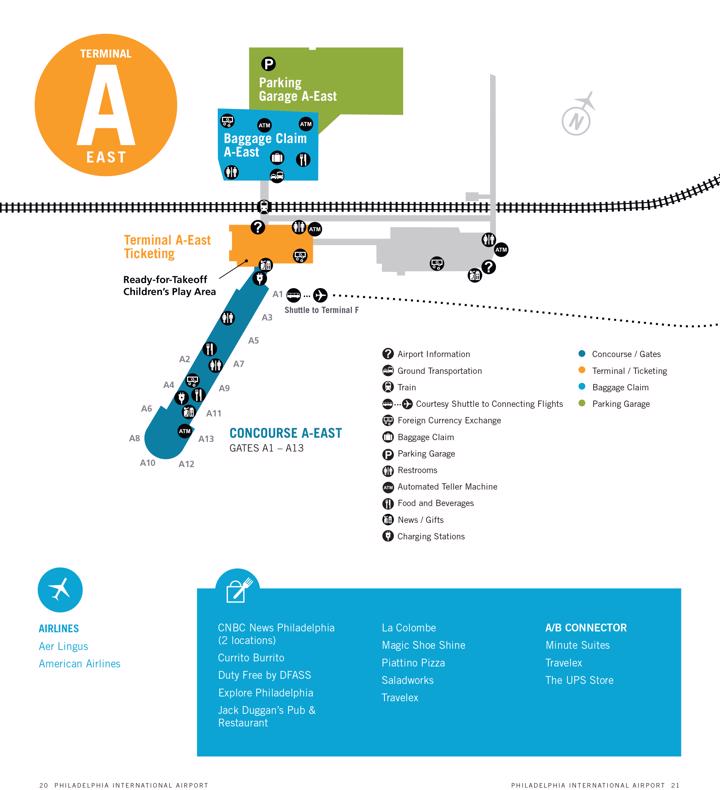 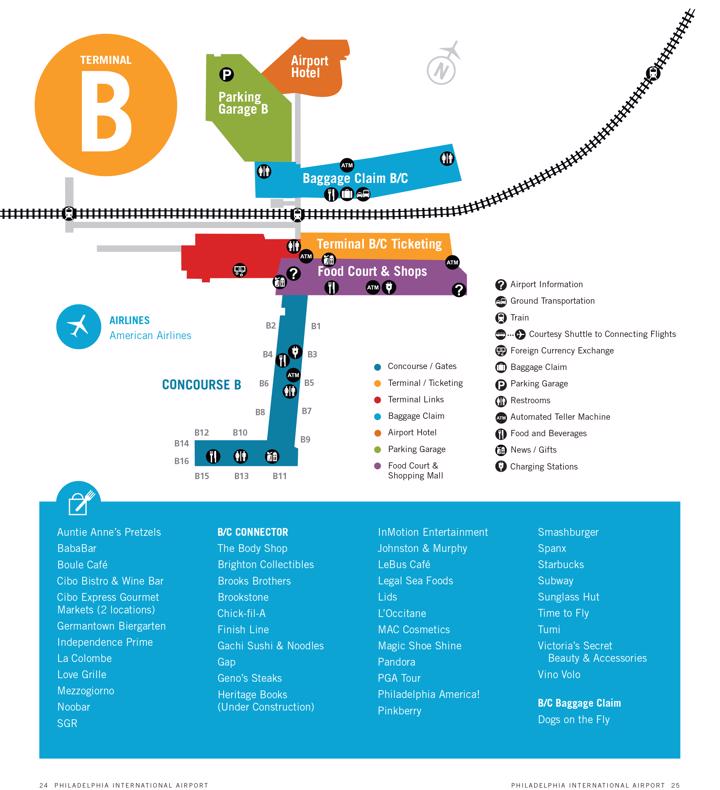 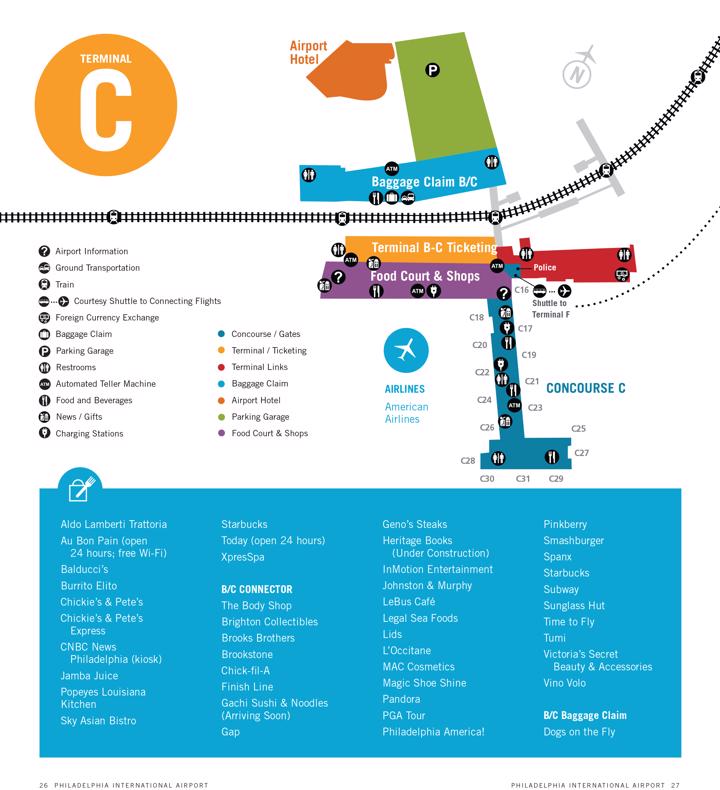 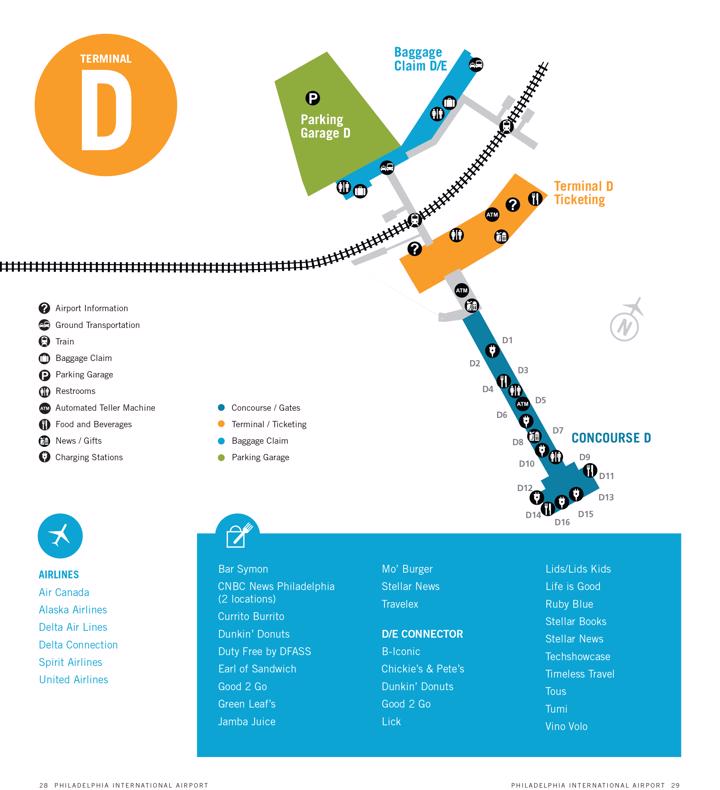 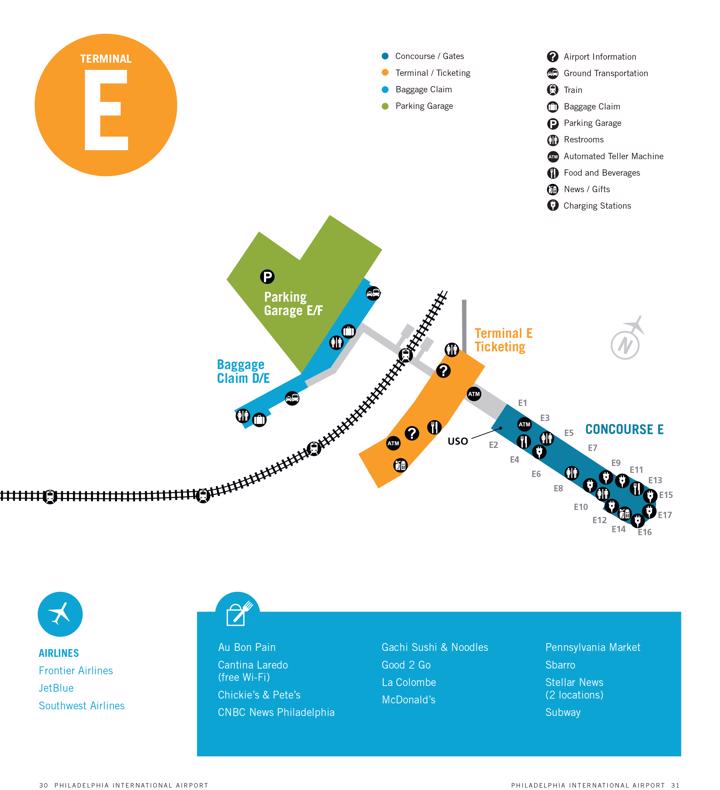 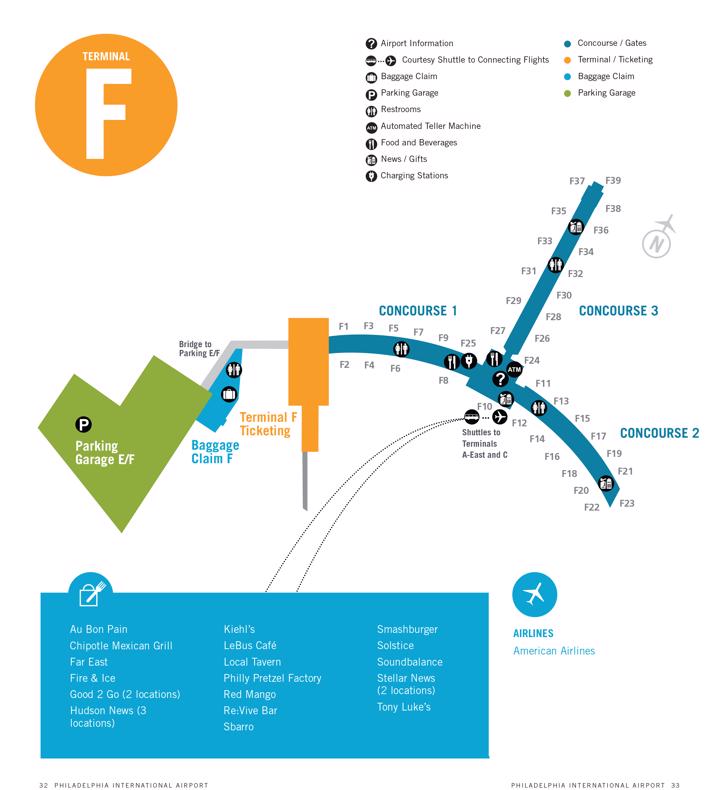 Taste of the Italian Market Tour