Are you ready to go on your dream vacation? Experience Walt Disney World Resort and Universal Studios Resort? You will never go wrong with Orlando International Airport.

Orlando International Airport (MCO) is the primary airport serving the Orlando metro area. It is the second-busiest airport in the state of Florida, and the largest airport serving Central Florida. The airport is southeast of downtown but is conveniently located close to the region's attractions. It is one of the world's busiest airports and gateway to Disney World, Universal Studios, Epcot Center, Kennedy Space Center, as well as to numerous convention-ready hotels. MCO Airport is about nine miles southeast of dowtown Orlando (central Florida), located at the junction of SR 436 (Semoran Blvd.) and SR 528 (the Bee Line/Beach Line Expressway), and is accessible by Interstate Hwy 4.

The Orlando International Airport has a hub-and-spoke layout with a large main terminal building and four airside concourses accessible via elevated people movers, with a total of 129 gates. The main terminal building is divided into two terminals; Terminal A (on the building's north side) and Terminal B (on the building's south side). This central terminal is connected via trams to four airside terminals, known as Airside 1-4, with the airplane gates. There are plenty of shops and restaurants in both the central terminal and the airsides. The four Airside terminals are connected to the main landside terminal by automated tram systems called the Automated People Mover (APM).

Airside 1 was part of the original Terminal. It is mostly used for domestic JetBlue Airways flights.

Le Grand Comptoir, On The Border Mexican Grill And Cantina

Once again, this airside is mostly used for domestic flights and is the base for both Southwest Airlines and Virgin America.

Terminal B Airside 3 Along with Airside 1 this Terminal was part of the original building. This airway is used for a variety of domestic flights and some larger International flights.

Airside 4 is the main area where International flights are accommodated.

Orlando international airport is the best airport to fly into Orlando, Florida. It is the major airport serving Orlando city and also the closest to the city centre where all the top attractions are situated. The airport has efficient public transport services that are fast and reliable for passenger transfers. It takes 42 minutes using the Lynx bus line 11 to central Orlando. MCO is the busiest airport in the city, and it is located 18.18 kilometres from the city centre and major top attractions.

Based on its closeness to the city, public transport and other transport facilities cost higher including hotel prices. SunRail is available to and fro Orlando International Airport from 5:30 to 21:30 weekdays and costs $2 for a one-way trip. Taxis are available round the clock to and from the airport, they charge a one-way fee of $14. Click here for more information about car hire Orlando Airport guide.

When it comes to Orlando attractions, the fun starts on International Drive, aka I-Drive, which is close to Universal Orlando Resortand SeaWorld Orlando in the heart of Orlando’s tourism district. Here, you can enjoy a rarefied view of Orlando from aboard the 400-foot-tall ICON Orlando observation wheel, opt for a traditional amusement park at Fun Spot America, or explore wonders and marvels at Madame Tussauds Orlando and SEA LIFE Orlando Aquarium, to name a few.

Plenty of other one-of-a-kind attractions are waiting for you in the International Drive area, be sure to visit Gatorland. One of Orlando’s oldest attractions, it features an enthralling mix of real animal encounters and wild rides you won’t want to miss. 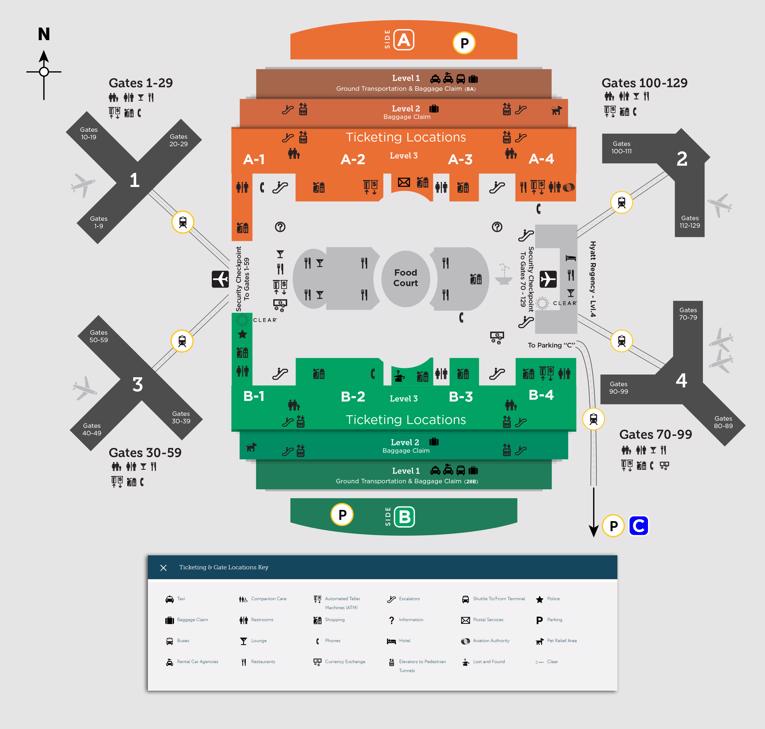