In the wake of the coronavirus pandemic, we want to help you by sharing most of our commission revenue with you to boost London travel economy. Check out 8% discount on Top-rated London tourist attractions tickets & tours here:

Shared Ride from London or Heathrow to Southampton Cruise Port

Do you wish to know about the London City Airport? You are at the right place then

Here are some interesting facts about London City Airport: London City Airport is an international Airport in London, United Kingdom. Located in the Royal Docks in the London Borough of New ham, approximately 6NM each of the City of London and a shorter distance east of canary Wharf. It has a single 1,500 meter long runway. It served over 4.5 million passengers in 2017 and it is the fifth busiest airport in passengers and aircraft movements serving the London area.

London City Airport has a single two-storey passenger terminal building due to the limited space in the London Docklands area an low passenger volume. It has check-in desk and some service facilities on the ground floor and a stair case leading to the upper floor.

Get to know more about the terminal

For more information on Car Hire and Discounts: https://www.tripindicator.com/car-hire/london-city-airport.html

The train system of City Airport offers convenient and fast services to the city center of London, Docklands light railway is an over ground rail which is a part of London’s Underground network, DLR trains travel more than 5 times per hour from the airport to central London and the approximate travel time is 22 minutes. 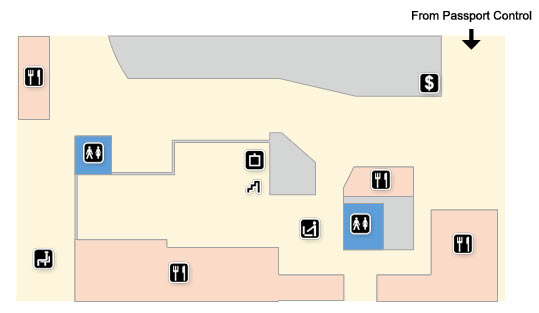